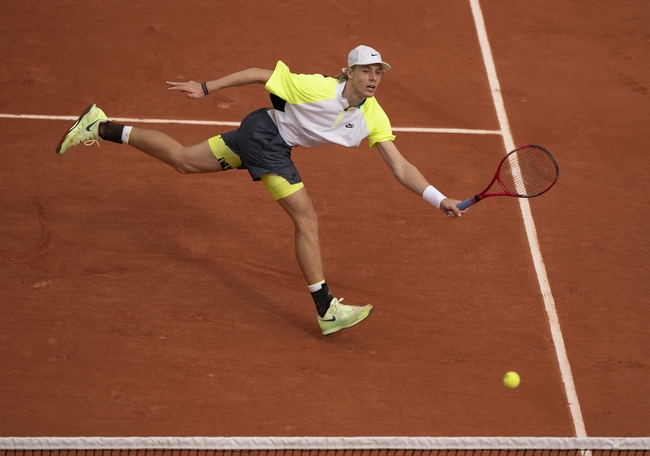 Denis Shapovalov meets Ilya Ivashka in the second round of the 2020 St. Peterburg Open on Thursday, October 15th 2020. Will Ivashka be able to cause an upset here or will Shapovalov put up another solid performance as he did on Wednesday against Troicki?

Ilya Ivashka came through a controversial match on Tuesday against Adrian Mannarino which saw him receive a warning, a point penalty, and a game penalty in the second set due to him asking the umpire if he could go to the bathroom and then when he came back the umpire changed his mind. This was a very terrible decision by the umpire, however, Ivashka was able to maintain his composure somewhat and won the match in straight sets 6-3/7-6. Ivashka is a solid player and he has put on some solid performances in the past, I specifically remember him against Marin Cilic at the 2019 US Open where he really gave Cilic a fight, however can he do it here against an in-form Shapovalov?

Denis Shapovalov looked on top of his game here on Wednesday, beating Viktor Troicki in straight sets with ease. Shapovalov's serve, forehand and one-handed backhand were all firing on Wednesday and he looked to have put behind his dissapointment from the French Open. Shapovalov is part-Russian and he will definitely have a lot of Russian fans here in the crowd which will motivate him during matches. I expect Shapovalov to make it very far in this tournament, but he will have to maintain his focus during matches in order to not get too far ahead of himself.

This is going to be the second meeting between both players, with Denis Shapovalov leading the head to head 1-0. Shapovalov is ranked 129 places higher than his opponent and I would be extremely shocked if he lost here on Thursday. Shapovalov knows he is the better player, has the more solid game, and he can beat the best in the world. However, he need to ensure he is fully focused on the tasks at hand during matches. Ivashka should not win this match, and Shapovalov should cruise into the quarterfinals.

The pick in this article is the opinion of the writer, not a Sports Chat Place site consensus.
Previous Pick
Cologne Open : Roberto Bautista-Agut vs. Gilles Simon - 10/15/20 Tennis Prediction
Next Pick
Sardinia Open : Albert Ramos-Vinolas vs. Marco Cecchinato Tennis Prediction 10/16/20