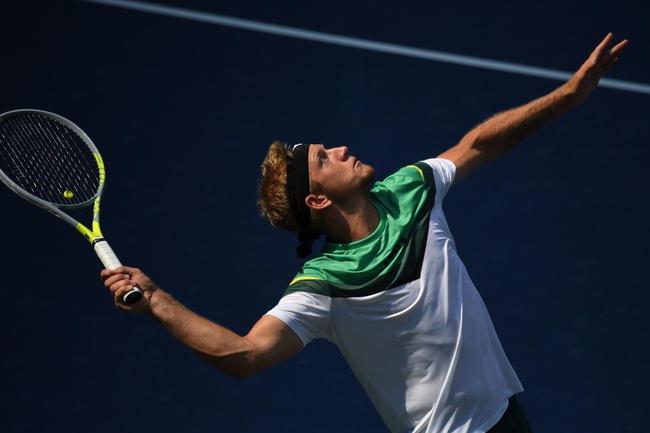 A surprising encounter awaits us in the Quarterfinals of the 2020 Cologne Open / BettHulks1 Indoors Tournament in Cologne, Germany. Serbian Dennis Novak and Spaniard Alejandro Davidovich Fokina square off in a matchup that not many could have predicted as they both upset seeds to reach this stage. The Spaniard leads the head to head record 1-0. Who will win this match and advance to the Semifinal?

Dennis Novak is ranked #94 in the world and surely will be pleased with his result here thus far. He had an impressive win over 4th seeded Frenchman Benoit Paire in the previous round and will be backing himself to reach the Semifinals. He has a very powerful game but is sometimes erratic. His booming serve and forehand especially are huge weapons and he will be hoping to dictate play and overpowering the young Spaniard. He blasted 25 winners against Paire and will be looking for more of the same here.

Alejandro Davidovich Fokina is a very exciting prospect and introduced himself to the world with some fine performances lately including a Round of 16 showing at the US Open (beating Novak in the process). With that in mind he should be considered the favorite here and will be confident of making it to the Semifinals. He has powerful groundstrokes but his main weapon is his ability to change the pace on the ball and his game style to unsettle his opponent. He is very well known for his drop shots and will be hoping to throw his opponent off his game. He had a huge upset over former Grand Slam Champion Marin Cilic in the previous round, showing great determination to come away with the victory after losing the first set.

I am expecting a very close match between two players with different game styles. I think that the match really can go either way but Davidovich Fokina is riding high on confidence after his recent successes and I expect him to be too much for the Serbian to handle. He has shown that he is capable of competing with the top players in the big tournaments and his trajectory is pointing firmly up. Alejandro Davidovich Fokina to win an entertaining match.