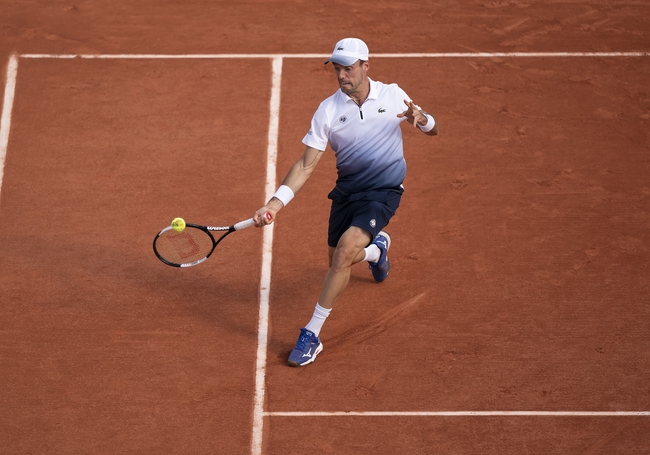 Second Seeded Roberto Bautista-Agut of Spain faces the Polish sixth seed Hubert Hurkacz in a highly anticipated Quarterfinal encounter at the 2020 Cologne Open / Bett1Hulks Indoor Championship in Germany. This should be a very exciting encounter with both players in good form. Who will progress to the Semifinal?

Roberto Bautista-Agut is known as one of the hardest working and most consistent players on the ATP Tour. He has very solid flat groundstrokes and rarely makes errors, making it very difficult for opponents. He has numerous wins over the top players and is someone that everyone likes to avoid in draws as it is sure to always be a struggle. He has been impressive so far here in Cologne, with a straight sets win over Gilles Simon. He leads the head to head 1-0 over Hurkacz and will be very confident in his ability to reach the Semis.

Hubert Hurkacz has a huge game and has been tipped by many to be a top player. However after a very impressive 2019 which saw him break into the top 30 he has had an inconsistent year this year and has not progressed as he would have liked. He still is an extremely difficult opponent with one of the biggest baseline games on tour. His issue has always been his ability to focus for an entire match and his consistency. If he is clicking he is exactly the type of player that can defeat the Spaniard as you must hit through him. Surprisingly he has not had much success on this surface, having a 3-9 record over the past two years. He will look to keep the momentum that he has built this week going, having looked good in wins over Mischa Zverev and Marc Polmans.

I am going to pick Roberto Bautista-Agut to win this match. I think Hurkacz is a great player and will be a star in the future but he is simply not consistent enough to trouble the Spaniard world #13. Bautista-Agut is simply too solid from the baseline and will eventually wear the big Pole down. If Hurkacz comes out all guns blazing he certainly has a chance but the likelihood of that happening appears slim. RBA to win and advance to the Semifinals here in Cologne.