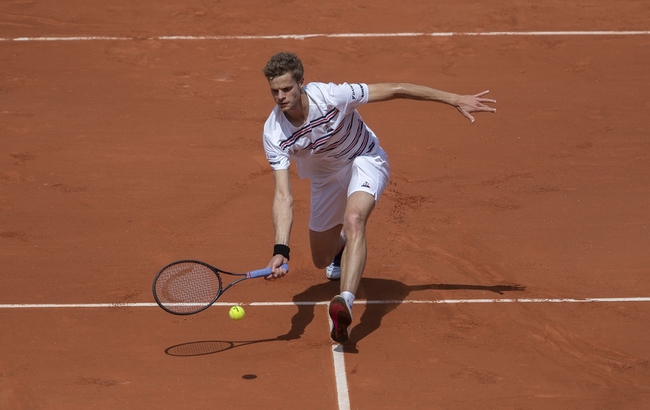 Local favourite, Lorenzo Musetti, meets tournament underdog, Yannick Hanfmann, in the quarterfinals of the 2020 Sardinia Open on Friday, October 16th 2020. Will Hanfmann be able to cause another shocking upset here, or will Musetti put on an incredible performance for his Italian fans?

Yannick Hanfmann put on an incredible performance against Casper Ruud, beating the heavy favourite to win the tournament 6-1/6-2. Hanfmann was able to take advantage of every little mistake Ruud make and it was shocking to see him being able to move that well. Hanfmann of course is not a well known player and he is not anywhere near the level of players like Casper Ruud usually, however, he proved us wrong on Thursday. Hanfmann will now have to face another incredibly tough opponent who has been making an incredibly strong name of himself recently on the ATP Tour and especially on clay, Lorenzo Musetti.

Lorenzo Musetti also put in an incredibly solid performance on Thursday, beating fellow Italian, Andrea Pellegrino, in straight sets 6-1/6-2. Musetti has been on a roll since he beat Stan Wawrinka in the Rome Masters 1000 and he will be filled with confidence here to win the title. Musetti is one of Italy's brightest up and coming talents and I am sure that in the next year or so he will be a feature in tournaments bigger than these. Musetti knows that if he plays his best here, he has a strong chance of reaching the final and potentially winning the title.

This is going to be the first meeting between both players, and it is going to be a very tight one. Both players could win this one, especially going off their last performance in this tournament. However, I slightly favour the young Italian who will be extra motivated in front of his fellow Italian fans, and he will also want to show the rest of the tennis world that he is the real deal and is going to be in the top tier of the game in the next year or so. Hanfmann is solid, but Musetti is determined.