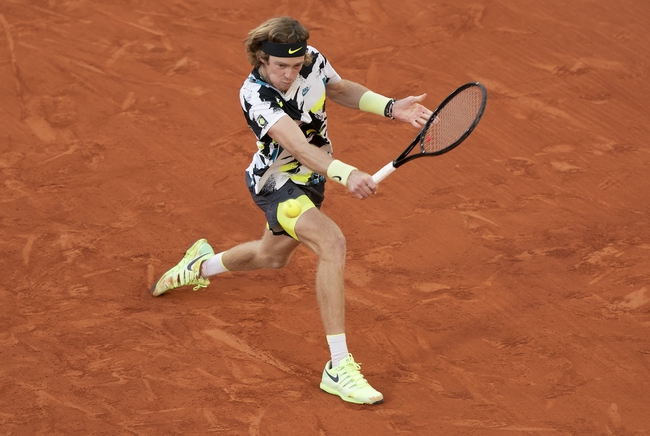 Andrey Rublev meets Cameron Norrie in the quarterfinals of the 2020 St. Petersburg Open. Will Norrie be able to upset the now favourite for the title here in St. Petersburg, or will Rublev impose his dominance once again?

Cameron Norrie has been solid here in St. Petersburg, beating Taylor Fritz in the first round and Miomir Kecmanovic in the second round. Norrie has not played as much tennis as others on the tour this season, but he has come out motivated and playing solidly from the get go here in Russia. Norrie has a lot of strengths in his game, especially with him being a lefty, however, he now faces an incredibly tough challenge meeting Andrey Rublev who will be extremely determined to win the title here, especially with the top seed Daniil Medvedev being knocked out on Thursday. Will Norrie be able to go up against the player with the second most match wins this season on the ATP Tour?

Andrey Rublev has been incredibly solid here in St. Petersburg, beating Vasek Pospisil in the first round with ease and being able to come back from a set down against Ugo Humbert in the second round. Rublev is my favourite to win the title here in St. Petersburg because he is in incredible form at the moment and has been all year. Rublev will be extra motivated with Medvedev being knocked out by Opelka on Thursday as he knows his toughest competition is now out of the tournament. Rublev is going to come out here determined.

This is going to be the first meeting between both players and I only see this match going one way. Rublev is the vastly better player and he knows that if he wins the title here in St. Petersburg he can get closer to No.9 in the world and get closer to achieving a position in the Nitto ATP Finals in London next month. Norrie is a lefty and this might give him some help in some rallies, but Rublev was able to see off a tougher lefty in Humbert and I think he will ease through this match. Andrey Rublev to win in Straight Sets.