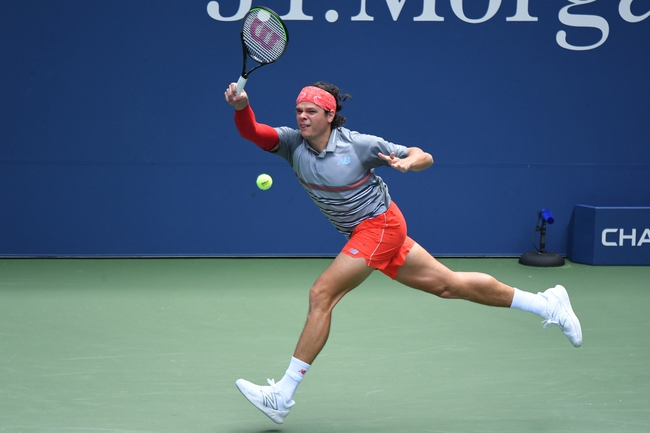 Milos Raonic meets Karen Khachanov in the quarterfinals of the 2020 St. Petersburg Open in what is going to be a very tight encounter on Friday, October 16th 2020. Will Khachanov be able to make the semifinals in his home country, or will Raonic cruise in the same fashion as he did against Bublik?

Karen Khachanov came through an extremely tight encounter against Aslan Karatsev in which he lost the first set and won a tight second and third set. Khachanov did not look on top of his game until the third set in my opinion but if he is to be competing with the top players, such as Rublev, Wawrinka, Raonic or Shapovalov here in St. Petersburg, he will need to ensure he is ready from the get go. Khachanov knows and we all know he can play incredibly well when confident and on top of his game, but he needs to find that consistency to do it day in and day out.

Milos Raonic cruised through his second round encounter against Alexander Bublik, beating him in straight sets 6-3/6-2. Bublik did not put up a solid fight here and Raonic took advantage of anything he was given. This was a much needed solid victory under Raonic's belt who has struggled a bit recently. Raonic loves playing in these indoor hard court conditions as his serve is harder to return and he is able to win fast paced points. Raonic will come out here confident that if he plays his best tennis, he can make the semifinals.

This is going to be the first meeting between both players and it is going to be a very interesting one in my opinion. If this was two years ago and Khachanov was playing the same way he did when he won the Paris Masters, then I would have chosen Khachanov. However, Khachanov is not in his best form and he struggled in his second round match. Raonic came up against a tougher opponent in the second round and he was able to cruise through. Khachanov is not as consistent as he used to be, and therefore I am more confident in Raonic to win here and book his spot in the semifinals.