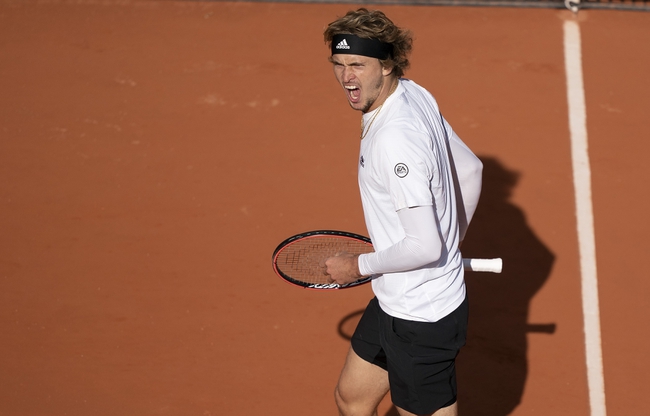 Top seeded Alexander Zverev of Germany faces the young Canadian phenom Felix Auger-Aliassime in the Final of the 2020 Cologne Open / Bett1Hulks Indoor Championship. Zverev leads the head to head 2-0 and will be the favorite to win the title on home soil. Can the number three seeded Canadian pull off the upset or will Zverev win his first title of 2020?

Alexander Zverev has been in good form here in Cologne, losing just one set all tournament to South African Lloyd Harris. He had a very close win in the Semifinal over Alejandro Davidovich Fokina, winning 7-5, 7-6 to advance to the final. The German has an elite combination of offence and defence, which allows him to play multiple game styles depending on the opponent and situation. He has been serving well all tournament but what has let him down has been his focus. He was cruising up a set and a break against Harris and ended up losing concentration and lost the second set. Similarly, he was up a set and 4-1 against Davidovich Fokina but the Spaniard came back to force a tiebreak. It is not likely that his opponent in the final will allow him to get away with such lapses in concentration.

Felix Auger-Aliassime is a dynamic young player who is tipped by many to be a top 5 player sooner rather than later. He has all the tools necessary to succeed and once he gains enough experience he will indeed be a scary prospect. He had a very impressive win over Roberto Bautista-Agut in the Semifinal that I did not expect. From that match he has proven that he does not back down from the top ranked players and has a game capable of beating the very best. He has a huge serve and groundstrokes and Zverev will have to be at his defensive best to stop the young Canadian.

I expect this match to be extremely close. Felix Auger-Aliassime is currently playing the better tennis in my opinion and will like his chances of claiming his first career ATP title. However I am going to pick Zverev to win this match. He has a great record at home in Germany and is hungry for titles after his devastating US Open Final loss. Felix will bring his "A" game but I expect the German to eventually grind out a hard fought win.

The pick in this article is the opinion of the writer, not a Sports Chat Place site consensus.
Previous Pick
Sardinia Open: Marco Cecchinato vs. Laslo Djere 10/18/20 Tennis Prediction
Next Pick
Cologne Championships: Kyle Edmund vs. Yoshihito Nishioka 10/19/20 Tennis Prediction