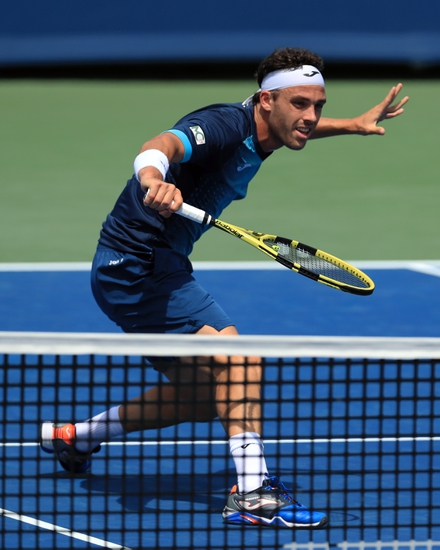 Marco Cecchinato of Italy faces Laslo Djere in the Final of the 2020 Sardinia Open. Two non-seeded players contesting a final is a rarity in today's game but they both have played outstanding tennis this week and deserve to be here. Who will win and claim their first title of the year?

Marco Cecchinato is a name that has not been heard much lately. After his amazing run to the French Open Semifinals in 2018 and a strong period in early 2019 he has fallen off the map spectacularly, having a long streak of poor results. However, his lowly ranking of #103 does not accurately represent his ability. He is still an extremely good player, especially on clay. He leads the head to head 2-0 and will be backing himself to win his fourth career ATP title. He is extremely solid from the baseline and possesses one of the best one-handed backhands on tour when it is working. He was dominant in his 6-0, 6-1 victory over Danilo Petrovic in the Semifinals and will be looking to extend that form into the final.

Laslo Djere has been having a solid year in 2020. He is very talented but struggles with focus at times. He was lucky to advance to the final, as he was in some serious trouble against the young Italian Lorenzo Musetti before his opponent retired from the match due to injury. He can never be discounted on this surface however as he has a career ATP-500 title on clay and this match is being played on his preferred surface. He has a powerful game but tends to have issues with his serve at times. Djere has never won a set against this opponent so he will have to be at his best here.