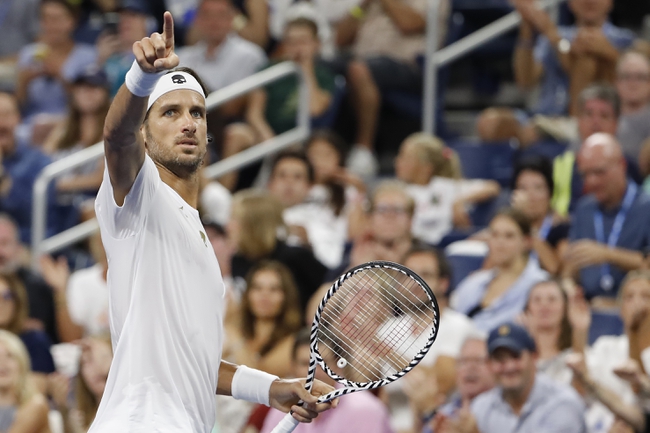 It is a battle of the generations here in the first round of the 2020 Antwerp Open as youngster, Tommy Paul, meets veteran, Feliciano Lopez in what will be a very tight encounter in on Monday, October 19th 2020.

Tommy Paul impressed a lot since the restart of the tour, winning big matches against players such as Kevin Anderson in Hamburg and taking the match to the finish line in a 5-set thriller which he eventually lost to Casper Ruud at the French Open. Tommy Paul has always been a challenger tour player in his young career, but you cans see he is aiming to move higher up the rankings and show us that he can be a main guy on the tour. Tommy Paul certainly has the game, but does he have the consistency which will allow him to perform at a level during many tournaments during the year and allow him to not have to qualify for events on the weekend prior?

Feliciano Lopez is probably playing the last year of his tennis career in 2021 but that does not mean he is washed. Although the Spaniard is 40 years old, he still has the game to bring it to the youngsters on the tour. Lopez was playing in St. Petersburg last week and played very well in his first round match, but of course lost it to the eventual runner-up, Borna Coric. I think Lopez still has a lot to give to the tour and he potentially has one more title in him before he retires.

This is going to be the first meeting between both players and it is going to be a tight one in my opinion. Paul is ranked 58th in the world, whilst Lopez is ranked 60th. Lopez has much more experience compared to his opponent and I strongly believe that this year ranking is not much of a factor in deciding who wins matches. Lopez will want to bounce back from his first round loss last week and I am sure that his lefty serve and amazing one-handed backhand will get the job done here.