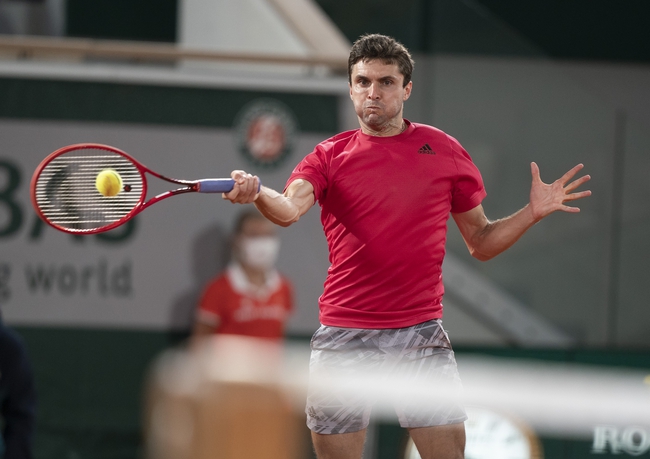 Australian Jordan Thompson faces Gilles Simon of France in the First Round of the 2020 Cologne Championships / Bett1Hulk Championships. The match will take place on Monday October 19th, 2020. Does the Aussie have what it takes to defeat the French veteran?

Jordan Thompson is currently ranked number 60 in the world and has had an inconsistent year thus far in 2020. He comes into this tournament in poor form, losing in the First Round of the French Open and the Cologne Open last week to Dennis Novak. He is a solid baseline player who is content to be patient and wait for his opponent to make mistakes. He will be hoping to have a good performance this week to get his year back on track and break back into the top 50 again.

His opponent Gilles Simon was a former top ten player but his career has been in a slow decline over the past few years. That being said he is still a dangerous player and is one of the best defensive players in the world, even at age 35. He has had a poor year by his standards, only winning 8 matches since the beginning of the year and will no doubt he hoping for a strong finish to 2020. He is in decent form now however, with an impressive win over Marton Fucsovics in the First Round in Cologne last week before losing in two close sets to Roberto Bautista-Agut in a credible performance.

This match should be a long and entertaining one. Neither player has any huge weapons and are both ultra-consistent. I expect a lot of long, intense baseline rallies but the Frenchman should eventually come out on top. Thompson did not look good last week at the Cologne Open and Simon certainly won't give anything away. Gilles Simon to win.