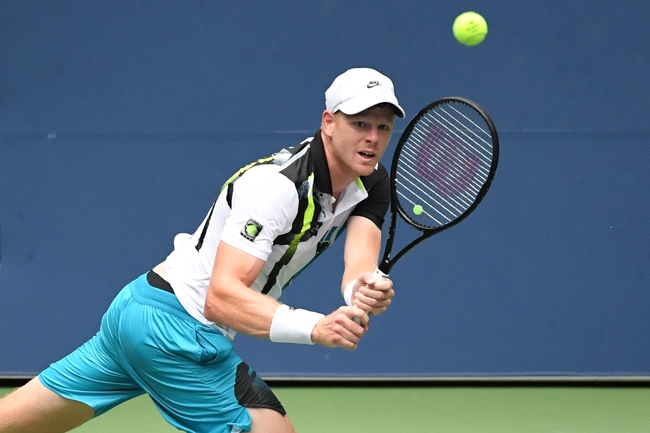 Kyle Edmund of Great Britain faces Yoshihito Nishioka of Japan in an intriguing First Round clash at the 2020 Cologne Championships / Bett1Hulk Championships. The match will take place on Monday October 19th, 2020 at 9:20am EST. The players are very close in the rankings so on paper it seems like a very even matchup. Who will advance to the Round of 16?

Kyle Edmund is a former top 15 player that has seen his ranking slowly decline over the past few years. He is currently ranked #47 and will be hoping to get back into the top 20. He is in extremely poor form at the moment, having only won one match since the lockdown period ended. He lost in the First Round last week in Cologne to Lloyd Harris and will be trying to end his string of poor results here this week. He knows his opponent well and leads the head to head 4-1 but none of these matches have been within the past 5 years nor were on this surface. He has a powerful baseline game but will have to keep his unforced errors down if he wants to win this match.

His Japanese opponent is ranked #55 and is a very difficult player to face. While he does not have any major weapons but his lefty game is very tricky for opponents and he rarely has bad days. If an opponent is not playing well he can take full advantage and will be hoping for this to happen. He also has been in fairly poor form since the restart with his only highlight being an impressive First Round win over Felix Auger-Aliassime at Roland Garros before losing in the next round. He will be hopeful of closing the head to head gap between him and his opponent and will be liking his chances due to Edmund's poor recent form.

I am picking Kyle Edmund to win this match. While he has been very disappointing lately his game is better suited for this surface an I expect him to be able to hit through his opponent. I am expecting an ugly match with lots of errors but Edmund has the experience to prevail. Kyle Edmund to win and advance to the Round of 16 here in Cologne.