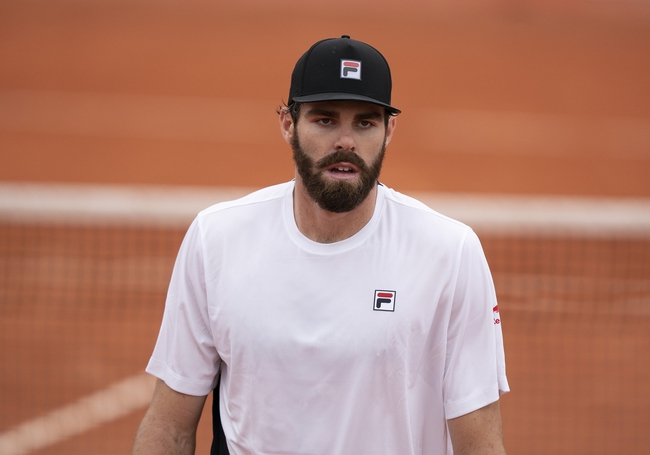 It is the battle of the Americans in the first round of the 2020 Antwerp Open as Taylor Fritz meets Reilly Opelka on Tuesday, October 20th 2020. These are extremely close friends and this is going to be an extremely tight encounter, but who will come out on top?

Taylor Fritz has not been in great form as of recent as he has not been able to get out of the first round of many tournaments such as the Hamburg Open and the St. Petersburg Open. Taylor Fritz is a very solid young player, but in recent months he has lacked the consistency which allowed him to rise up the rankings for the majority of 2019 and early 2020. We all know Fritz loves to play on these hard courts as he has won many big matches in these types of conditions. Fritz will now need to be on top of his game if he is to beat an opponent who is also one of his best friends, Reilly Opelka.

Reilly Opelka has had a great week last week in St. Petersburg, reaching the quarterfinals in Russia and beating the defending Champion and World No.6, Daniil Medvedev, along the way. Opelka is able to stay in extremely tight matches due to his massive serve and he was able to capitalise on his opponents' mistakes. Opelka is not the best rallier, but he is more of a John Isner type player. Although this is great on these types of courts, when it comes to softer courts he struggles more.

This is going to be the fourth meeting between both players and it is going to be another tight one. Taylor Fritz leads the head to head 2-1 but I believe this is going to be another victory for Opelka after his solid wins last week. Fritz has not been playing much and he has not been playing much well. Opelka, on the other hand, has been superb in the last few weeks and he has acclimatised to these types of courts. I expect it to be tight as these two know each others' game inside out, but Opelka should win it.