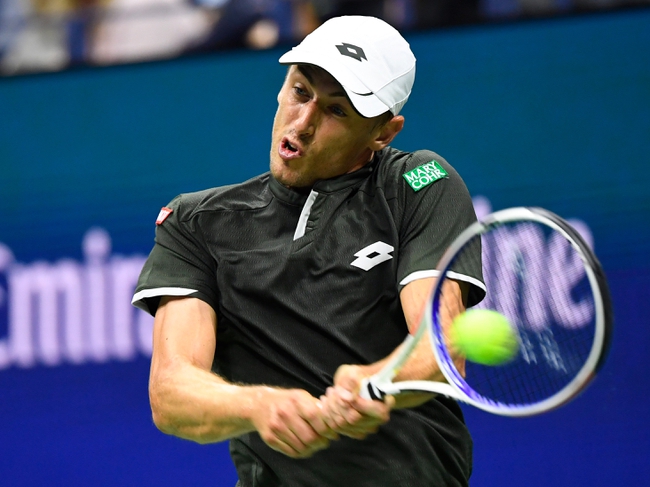 Fernando Verdasco of Spain faces Aussie John Millman in the First Round of the 2020 Cologne Championships / Bett1Hulks Championships. This should be an exciting encounter between two ATP Tour veterans. One is flashy and the other solid and consistent. Who has what it take to advance to the Round of 16? Surprisingly they have only played each other once with the Spaniard winning that encounter. He will be looking to extend his head to head lead, can Millman stop him?

Fernando Verdasco is ranked 61 in the world, which is impressive as he is almost 37 years old. He is a former top 5 player and is still dangerous with his big groundstrokes among the most powerful in the game today. He lost to eventual Champion Alexander Zverev in the Round of 16 last week in Cologne after an impressive win over Andy Murray in the First Round. That snapped a streak of four consecutive First Round losses for him and he will be looking for a strong finish to 2020. His serve and powerful groundstrokes are still his biggest weapons but those have become less effective towards the end of his career.

John Millman is known as one of the hardest workers on tour, and is extremely consistent. He has that "never say die" attitude and will fight to the very end. He has no major weapons in his game but in my opinion he is elite mentally and this has allowed him to carve out a successful career for himself. He is ranked 44 and has lost in the First Round in his past two tournaments, Cologne and the French Open so he is also in poor form. He will be aiming to keep the rallies long and frustrating his opponent, to eventually wear him down.

I predict that this match will go all the way. Millman has been slightly better than Verdasco over the past couple of seasons and I slightly give him the edge here. The Spaniard is still capable of a big match now and then but those have been coming less and less frequently. I expect Millman to grind out a very tough win here. John Millman to win and advance to the Round of 16.