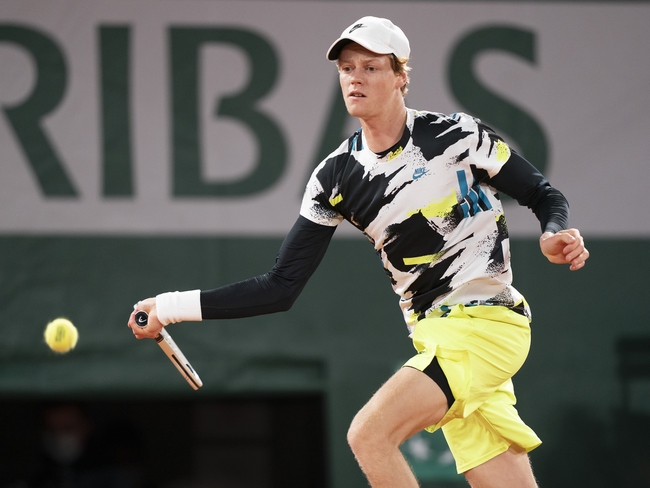 Young superstar Jannik Sinner of Italy faces Australian James Duckworth in the First Round of the 2020 Cologne Championships / Bett1Hulk Championships. The match will take place on Tuesday October 20th, 2020. Sinner is considered to be one of the top young players in the world and has been in sizzling form this year. Can the Australian cause the upset?

Jannik Sinner is ranked at a career high #46 in the world and is still only 19 years old. He has had some huge results and wins this year and it seems like it is just a matter of time before he is in the top 10, competing for Grand Slam titles. He is fresh off his first Grand Slam Quarterfinal and will be looking for a strong finish to 2020. He has huge groundstrokes and can dominate an opponent from the ground. One thing that impresses me the most about him is his composure on the court. He never seems to be flustered or to rush his game, taking a measured yet powerful approach. One area of concern is that he withdrew from the St. Petersburg Open last week with a stomach bug so it will be interesting to see if he has fully recovered.

James Duckworth is ranked 97 in the world and has had an average year this year. He mostly plays on the Challenger Circuit and will be hoping to get his ranking high enough to qualify for more ATP Tour events. He is lucky to even be playing in the Main Draw, receiving a Wild Card when Hubert Hurkacz withdrew due to sickness. He has a very big serve and groundstrokes but struggles for control at times and the consistency of Sinner will undoubtedly cause him problems.

Jannik Sinner will win this match. He is just too talented and has maturity beyond his years. In fact, I have him as a dark horse contender for the title here in Cologne. He has shown over the past few months that he can compete with and beat the top players in the world and 2020 has been his coming out party. Jannik Sinner to win and advance to the Round of 16 here in Cologne.