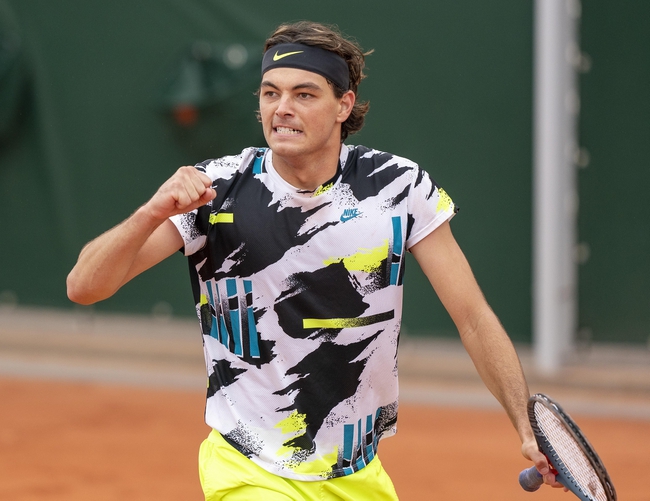 Taylor Fritz meets Lloyd Harris in the second round of the 2020 Antwerp Open on Thursday, October 22nd 2020 in what is going to be a very tight encounter here in Belgium. Will Fritz put on another solid performance as he did against Opelka, or will Harris use his serving ability to come through here?

Lloyd Harris beat Corentin Moutet in the first round, beating the Frenchman in straight sets 7-5/6-2. Harris has a lot of potential and his game is quite solid as he has a massive serve and a strong forehand. Harris reminds me of Matteo Berrettini and if he is able to slightly improve his game I am sure he can become nearly as good as him. Harris knows he is going to have to bring his A-game here in this second round as nothing comes cheap when you play against Taylor Fritz, but if he continues to improve his level, I am sure he can put up a fight.

Taylor Fritz eased through his first round encounter against fellow American and close friend, Reilly Opelka, beating him in straight sets 7-6/6-1. Fritz had the advantage in that match due to his return game, and the fact that Opelka was not serving at his best helped a lot. Fritz knows that he has to continue to improve his level here in Antwerp if he wants to go far, but that first round performance was a strong base for us to be confident in the young American prior to his match on Thursday.

This is going to be the second meeting between these two players with Taylor Fritz leading the head to head 1-0. I believe that this is going to be a very tight encounter with both players going through many ups and downs, but if we are basing this off of first round performances, I have to back Taylor Fritz. Fritz had the much tougher opponent and came through it easier than Harris did. I expect both players to potentially win a set, but at the end of the day, Taylor Fritz should win and book his spot in the quarterfinals.