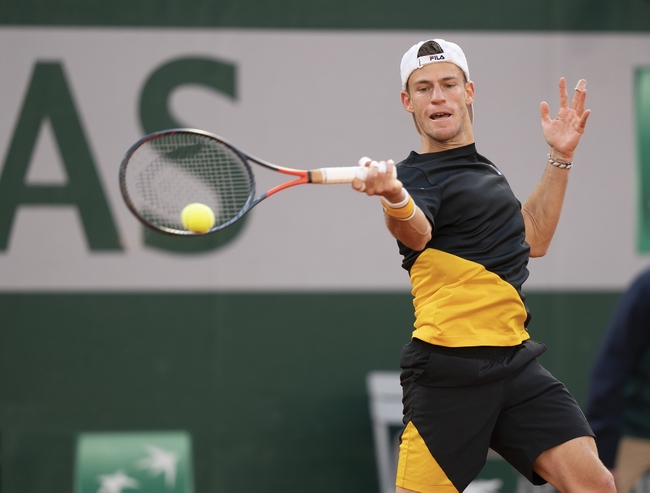 Diego Schwartzman vs. Oscar Otte - 2020 Cologne Championships Round of 16

Second seeded Diego Schwartzman of Argentina faces German Oscar Otte in the Round of 16 here at the 2020 Cologne Championships / Bett1Hulk Championships. The match will be played on Thursday October 22nd, 2020. The Argentine is one of the most in-form players in the world at the moment and will be looking for a strong finish to the year. He is in prime position to claim one of the remaining two spots at the ATP Finals so will be looking to do well this week to secure his place. Can Otte cause the upset at home in Germany?

Diego Schwartzman has had an outstanding year. After knocking on the door of the top 10 for years, he finally got his breakthrough by reaching the Semifinals at Roland Garros and the Final in the ATP-1000 event in Rome. He is the definition of a counterpuncher, and is one of the best in the game. Where he lacks in strength and height he makes up for with his quickness and determination and is one of the fiercest competitors in the game today. For a long time he was content to just sit back and defend but now he has added an element of offense to his game and this is what has taken him to the next level. Most of his success has come on clay, but he has three indoor hard court finals on this surface proving that he is able to compete here.

Oscar Otte was ranked outside the top 220 when the tour restarted but has risen to #141 with some strong performances, mainly on the challenger tour. Like his Argentine opponent he is more of a clay court specialist and actually is a lucky loser here in Cologne. He had a very impressive First Round win here over Dennis Novak, but faces possibly the toughest opponent in his career in the Round of 16. Otte is a good player but lacks any major weapons which are necessary against one of the best counterpunchers in the game today.

Diego Schwartzman will win this match in straight sets. While he is not fully comfortable on this surface he is the much better player and should have no trouble advancing to the Quarterfinals. He will also be extra motivated trying to clinch his ATP Finals spot and will not let his guard down here. Diego Schwartzman to win.