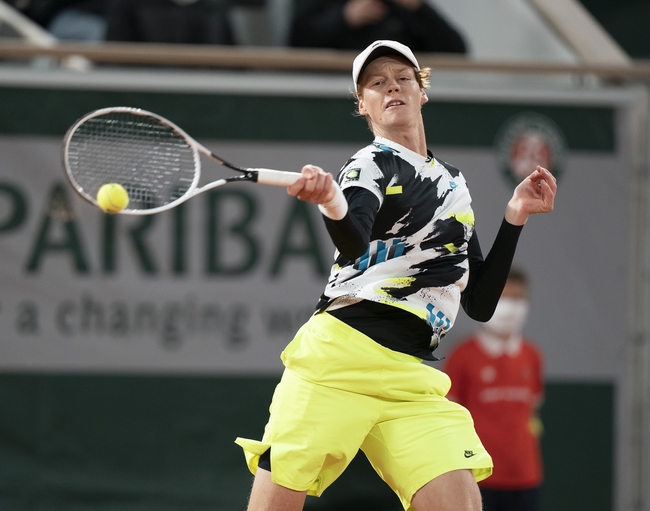 Jannik Sinner vs. Pierre-Hugues Herbert - 2020 Cologne Championships Round of 16

Jannik Sinner of Italy faces Pierre-Hugues Herbert of Italy in the Round of 16 at the 2020 Cologne Championships. The match will take place on Thursday October 22nd, 2020. Will Herbert, the reliable veteran be able to overcome the fast-rising Next-Gen star?

Pierre-Hugues Herbert is currently ranked #82 which is a far cry from his career-high #36. He is in mixed form at the moment, having a difficult year but some recent success. He won the Doubles Title here last week with Nicholas Mahut and had a good three set win over Tennys Sandgren in the First Round. He has solid groundstrokes and likes to rush the net which can unsettle many opponents. He also possesses a good serve which will have to be at its best to overcome the talented Italian. Herbert is predominantly known as a doubles player, having won all four majors which is an impressive feat. He started focusing on singles at the start of last year and will be looking to regain the form he had earlier in the season.

Jannik Sinner is considered by many to be the most promising young player in the world today. Only 19 years of age, he reached the Quarterfinals of the French Open and has 2020 wins over Zverev, Goffin and Tsitsipas which is very impressive. He has a huge baseline game and it is a question of when not if he will reach the Top 10 in the world. He has just broken the top 50 and is rising fast. In my opinion he is a dark horse candidate to win this entire event. Sinner seems to have recovered from his illness which caused him to retire from the first tournament here in Cologne last week and completely dismantled James Duckworth in the opening round. He will surely be full of confidence after this amazing year and will want to finish 2020 on a high.