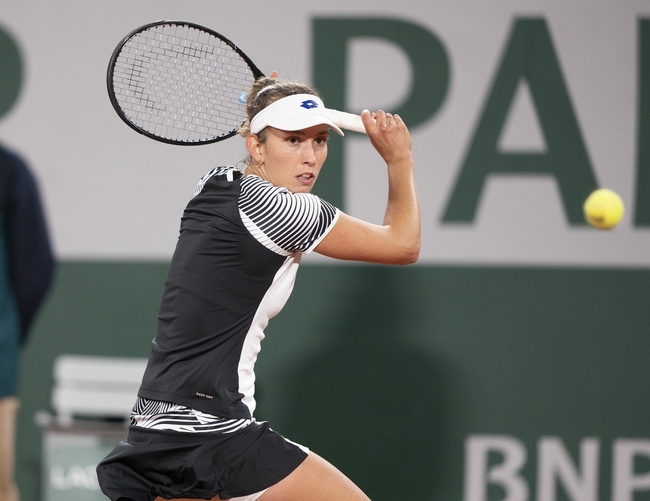 Elise Mertens vs. Karolina Muchova - Ostrava Open Round of 16

Seventh seeded Elise Mertens of Belgium faces Karolina Muchova of the Czech Republic in the Round of 16 at the Ostrava Open. Mertens has been one of the most consistent players on the WTA Tour this year and Muchova will be hoping to do well at her home tournament. Who will win and advance to the Quarterfinals?

Elise Mertens has had an outstanding 2020 season thus far and will be hoping for that to continue with a deep run here in Ostrava. She had a decent clay court swing but was particularly impressive during the hard court events earlier in the season, reaching the Quarterfinals at the US Open and the Semifinals in New York (Cincinnati). She was outstanding in her First Round win over Amanda Anisimova, and was particularly aggressive with 29 winners in the match. Another impressive statistic was that she served no double faults in the entire match. She is extremely solid from the baseline and hardly gives anything away. If there is one weakness in her game it is that she does not win many free points on her serve and Muchova will be looking to take advantage of that.

Karolina Muchova has had a poor 2020 by her standards and will be hoping to turn her season around here at home. She was impressive in her First Round victory over Shuai Zheng 6-1, 6-1 and her big serve and groundstrokes were on full display. She seems to be full of confidence and will have to be fully focused to have any chance at the upset. If she is playing well she has the game to trouble any player but will have to keep the error count down and rely on her serve  to carry her through.

Elise Mertens will win this match with some ease and advance to the Quarterfinals. She is not the type of player that loses often to lower ranked players and is simply a better all-around player than Muchova at this point in their careers. Expect her solid baseline play to frustrate the Czech into committing unforced errors. Elise Mertens to win.