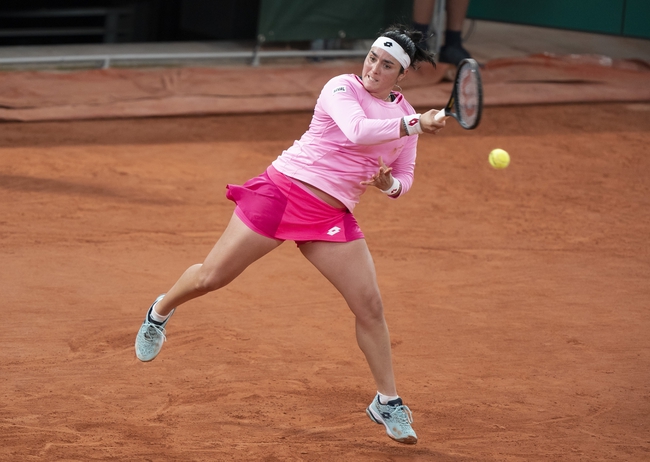 Jelena Ostapenko vs. Ons Jabeur - Ostrava Open Round of 16

Ons Jabeur of Tunisia faces Latvian Jelena Ostapenko in a very intriguing Round of 16 clash at the Ostrava Open. The match will take place on Thursday October 22nd at approximately 6:00am EST. This is a match between a former Grand Slam Champion (Ostapenko) and one of the most outstanding players this year in Jabeur. The Latvian leads the head to head 1 match to 0. Who will come out on top and reach the Quarterfinals?

Ons Jabeur has quietly had an outstanding season. She has seemingly come out of nowhere and is currently ranked #32. She was outstanding in her First Round win over Barbara Strycova, only losing four games. Jabeur is a very difficult player to play against and varies her game very well. She is capable of being aggressive, is solid on defence and is a very good slicer of the ball, which makes it extremely difficult for her opponents. It is hard to get into a rhythm against her and she will surely be using this same tactic against the erratic Ostapenko.

Jelena Ostapenko arrived on the world stage in 2018, winning the French Open as a huge underdog. She was touted for big things then but unfortunately has not reached the heights that many predicted for her. She has a strong serve and is a very aggressive player, however she has had most of her success on clay courts. Ostapenko was in poor form coming into this event but was outstanding in her First Round match against Petra Martic, upsetting the 5th seed in commanding fashion, 6-3, 6-1. She will be hoping to continue this rich vein of form into this Round of 16 encounter. She is a very hard player to predict and if she is playing well she can beat even the very best. Unfortunately that doesn't happen very often as she struggles with focus and consistency at times.

This match really can go either way, especially since Ostapenko is so unpredictable. However, given the surface I am going to go with Jabeur to win this match. She is a very solid and consistent player and this surface definitely suits her game. It will be close, but she will get there in the end. Ons Jabeur to win.