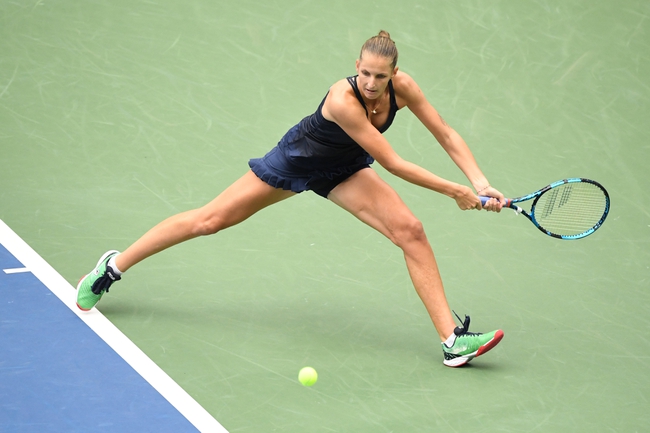 Karolina Pliskova vs. Viktoria Kudermetova - Ostrava Open Round of 16

Second seeded Karolina Pliskova of the Czech Republic faces Veronika Kudermetova of Russia in the Round of 16 at the 2020 Ostrava Open in the Czech Republic. The match will take place on Thursday October 22nd at 12:00pm EST. They have faced each other twice in the past, with each player winning one match each. This promises to be a very exciting encounter, who will come out on top?

Karolina Pliskova is the number 6 player in the world, and has been ranked as high as #1 in the past. She has had a mixed year so far, winning the title in Brisbane but since then she has posted a miserable 6-4 record since the WTA Tour resumed. She will be low on confidence but eager to get her year back on track on home soil. She was nursing a thigh injury earlier in the season but should have fully recuperated after having three weeks off. She will be looking to use her powerful serve and strong groundstrokes to overpower her younger opponent.

Veronika Kudermetova has been in decent form since the tour resumed. She came through the Qualifying Rounds here in Ostrava before stunning Donna Vekic in the First Round. She has been striking the ball very cleanly so far in this tournament and will have the edge over Pliskova in that she is more acclimatized to the courts. She will also take confidence from the fact that she beat her opponent less than two months ago in New York (Cincinnati).

I expect this to be a very close match. Both players come into this tournament seeking to regain their form from earlier in the year but it is the Russian who will have the edge in that area. She has played three matches on these courts already while Pliskova has not played a tournament match in over three weeks. However I think that Pliskova's experience will see her through here, and she will be highly motivated at home in Ostrava. I expect a long battle but the Czech should be better equipped to handle the important points. Karolina Pliskova to win in two tight sets.