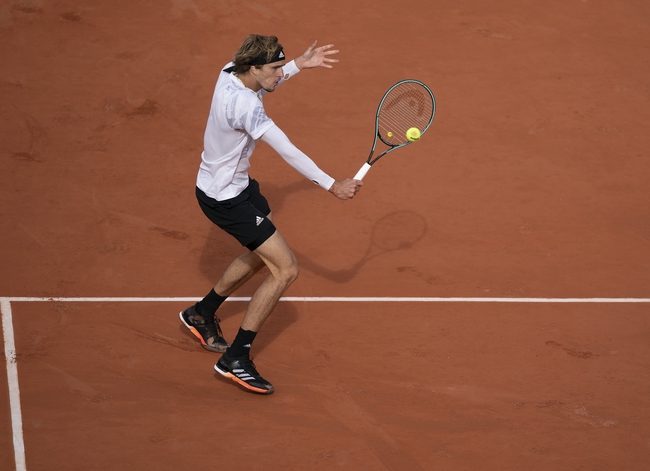 Top seed and world number 7 Alexander Zverev of Germany faces Frenchman Adrian Mannarino in the Quarterfinals of the 2020 Cologne Championships. The match will be played on Friday October 23rd, 2020. Zverev is searching for his second consecutive title on home soil, can Mannarino cause the upset and stop him?Zverev leads the head to head by three matches to zero and will be looking to extend that with a fourth victory here.

Alexander Zverev has been in great form since the ATP Tour resumed. He made the Final of the US Open and the Fourth Round at Roland Garros, followed by his first title of the year here in Cologne last week. He will be the favorite to win again this week and will be looking to finish the year on a high heading into the ATP Finals. He has been playing extremely well over the past couple of weeks but what is concerning is his lapses on concentration. He did it against John Millman in the First Round (after winning the first set 6-0) and lost the second. He also did it last week against Lloyd Harris (was up a set and 4-1 and lost the second set) so that is something that he will have to rectify. He has been serving extremely well and will expect to dominate Mannarino from the baseline with his powerful groundstrokes.

Adrian Mannarino arrived in Cologne in poor form, having not won two consecutive matches since the restart. He has been very impressive here so far, dismissing Alexei Popyrin and Miomir Kecmanovic both in straight sets and will have regained some of his confidence from those victories. He is a very solid baseline player but has been particularly aggressive in the early rounds, creating a lot of break chances. Zverev is known to struggle with his serve when under pressure so that creates a small window of hope for the Frenchman.

Alexander Zverev will win this match comfortably. As long as he does not lose focus for long stretches he has way too much firepower for Mannarino to handle. The pair met recently at the US Open and Zverev won that convincingly so he will be confident of victory here. This looks like his tournament to lose and I expect him to cruise into the Semifinals. Alexander Zverev to win.