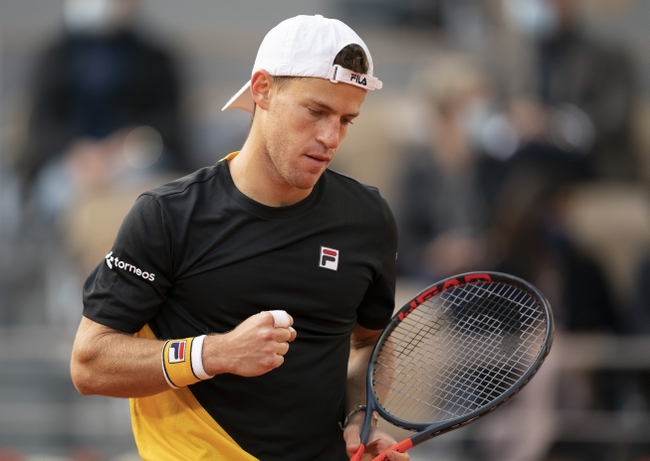 Second seeded Argentine Diego Schwartzman faces Alejandro Davidovich Fokina of Spain in the Quarter-Final of the 2020 Cologne Championships / Bett1Hulks Championships in Cologne, Germany. The match will take place on Friday October 23rd, 2020. This is a battle between two of the most in-form players at the moment and should be very interesting. The Argetine Number One goes into the match as the overwhelming favorite but the Spaniard definitely has the talent to push him to the limit here. Who will advance to the Semi-Finals?

Diego Schwartzman has had an outstanding year and will be hungry for more. He within striking distance of qualifying for the ATP Finals and will be highly motivated to have a deep run here. He has finally broken into the top 10 and has been very impressive since the ATP Tour resumed. He was very impressive in dispatching Oscar Otte in the Round of 16 6-3, 6-2. His strength is his relentless baseline game and speed. He has a "never say die" attitude and will no doubt fight to the very end. If there is one weakness in his game it is his serve. He struggles to hold serve consistently but makes up for it with the large number of break opportunities he creates.

Alejandro Davidovich Fokina has had a breakthrough season in 2020. He was touted as a top young prospect a couple years ago but seems to have finally put it together. He is yet to lose a set here in Cologne, winning his first two matches with relative ease. He is a very versatile player, with very powerful groundstrokes but is equally comfortable mixing it up with slices and variations in pace. He definitely makes it difficult for his opponents to get into a rhythm and will be very confident of upsetting the second seed here in Germany. Schwartzman won their only previous meeting this year in Melbourne but the Spaniard has come a long way since then.

Diego Schwartzman will win this match and advance to the semis. I expect that it will be a tight match with Davidovich Fokina really playing well at the moment. If he can keep his head on he can really make life difficult for the Argentine but I expect him to be a little too solid for the Spaniard to handle. I wouldn't be surprised if it goes to three sets but Schwartzman will come out on top.