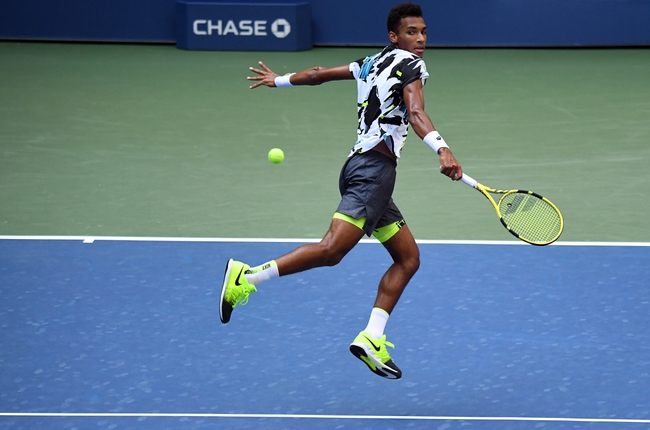 Fifth seeded Canadian Felix Auger-Aliassime faces Yoshihito Nishioka of Japan in the Quarter-Final of the 2020 Cologne Championships. The match will take place on Friday October 23rd, 2020 at 1:20pm EST. Nishioka leads the head to head by 2 matches to 0. Will he extend that lead or will the Canadian be able to advance and register his first win over the Japanese #2?

Yoshihito Nishioka has been impressive this far in Cologne, with a commanding win over Kyle Edmund in the First Round and an upset over Jan-Lennard Struff in the Round of 16. He is a very quick and is a very tricky opponent due to his lefty groundstrokes. He is very consistent and hardly gives points away so that could trouble the erratic Canadian. If there is one weakness in his game it is his serve, facing an astonishing 14 break points in the First Round against Edmund. He will be confident in his chances of causing an upset due to his form here as well as the fact that he just beat FAA a few weeks ago at the French Open in straight sets.

Felix Auger-Aliassime is considered one of the brightest young stars in the game today. He has a huge serve and forehand, and likes to use those weapons to close matches out early. He can be erratic at times though, and that cannot happen against the consistent play of Nishioka. FAA is lucky to be at this stage in the tournament after Egor Gerasimov served for the match in the previous round but could not close it out. One has to wonder if the Canadian is feeling the effects of his hectic recent schedule, having played many tournaments since the tour resumed. He was outstanding last week in Cologne, reaching the final where he lost to Zverev so he will be very confident of going all the way here.

I am going to pick FAA to win this match. The head to head record and recent form suggests that the Japanese will win but I think that the Canadian is the better player and will advance to the Semi-Finals. He was not impressive in the last round but showed remarkable fighting spirit to come back from the brink. If he is playing well there is not much that Nishioka can do to beat him. Expect it to be close, but FAA to win.