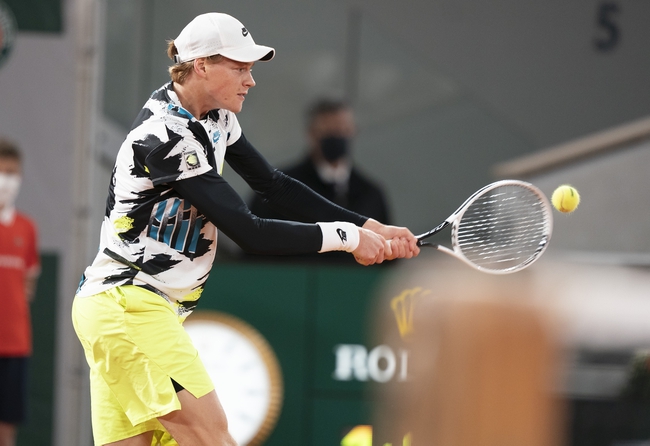 Teenage sensation Jannik Sinner of Italy faces Frenchman Gilles Simon in the Quarter-Finals of the 2020 Cologne Championships. The match will take place on Friday October 23rd, 2020. Sinner is one of the most promising young players in world tennis and Simon is a crafty veteran that has had an outstanding career. Who will win to take their place in the Semi-Finals here in the Cologne?

Jannik Sinner is truly a Next-Gen superstar. He is only 19 years of age but has truly had a breakthrough year in 2020, sitting at an impressive #46 in the world rankings. He has had top-10 wins over Zverev, Tsitsipas and David Goffin this year and will undoubtedly be competing for the big tournaments as early as next year. His weapons include very powerful groundstrokes but what stands out to me is his amazing composure for someone that young. He never seems rushed or flustered and seems to always be one step ahead of his opponent. He has been outstanding this week so far defeating James Duckworth and Pierre-Hugues Herbert for the loss of only 7 total games. He has to be considered a threat to win this title and will hope for a good finish to his breakout season.

Not many would have expected Gilles Simon to he in the Quarter-Final yet here he is. He scored a huge upset over Denis Shapovalov and will be hoping to continue his good run. He has had an amazing career (ranked as high as #4) but has been struggling as of late so he will be happy to find some form here. He has lost much of his power and elite footwork but is still a fantastic defensive player which will be a stern test for the young phenom.

Jannik Sinner will win this match comfortably and I think he has to be considered a huge threat to lift the title here. He has been the most outstanding player so far in my opinion and has the game to defeat anyone that is here in Cologne. Simon can keep it close initially but expect Sinner to overpower him from the baseline and dominate him throughout the match. Jannik Sinner to win in straight sets.