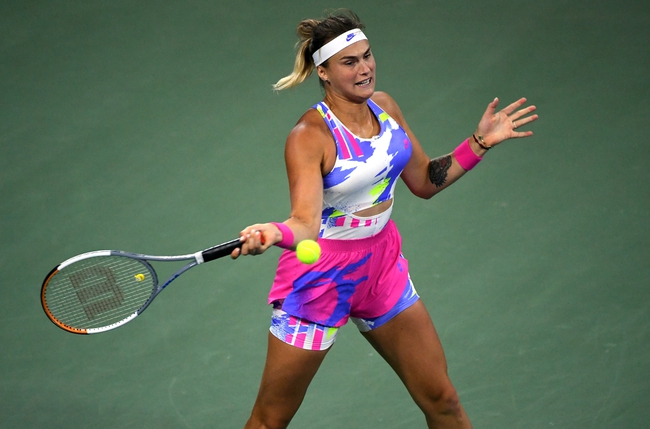 Third seeded Aryna Sabalenka of Belarus faces Spaniard Sara Sorribes Torno in the Quarter-Final of the 2020 Ostrava Open in the Czech Republic. The match will take place on Friday October 23rd, 2020 at 1:20pm EST. The two players have never played before. Will the third seed win and continue on her quest to win her second title of the year? Or can the Spaniard cause the upset?

Aryna Sabalenka is ranked 12th in the world and is one of the favorites to win the title here in Ostrava. She started the year brightly, winning a title in Doha but has struggled to regain her form since the WTA Tour resumed. She reached the semi-final in Strasbourg but other than that has struggled mightily, also being blighted by injuries. She is perhaps lucky to be in this position, having been a set and a break down against the young American phenom Coco Gauff but recovered nicely to win there. She has an ultra-attacking game and is apable of dominating even the world's best when she is striking the ball well. However, this also means that she can be erratic at times and tends to "go for broke" at times instead of playing the safer shot. She will be hoping to win here to get her year back on track after her recent struggles.

Sara Sorribes Tormo is a very solid player and is ranked at #73. However, most of her success has come at the lower level ITF tournaments. She is very consistent from the baseline with a strong backhand but does not possess the major weapons or firepower that are necessary to contend with the world's top players. Her playing style can match up well to Sabalenka if the Belarusian is not focused and her solid play could draw numerous errors from the third seed. She came through the qualifying rounds and is yet to drop a set, so she surely will be feeling confident.

I predict that Aryna Sabalenka will win this match. She has not been impressive lately but she is an elite player and will have too much firepower for the Spaniard to handle. Sabalenka should be able to overpower her opponent and should cruise to victory.