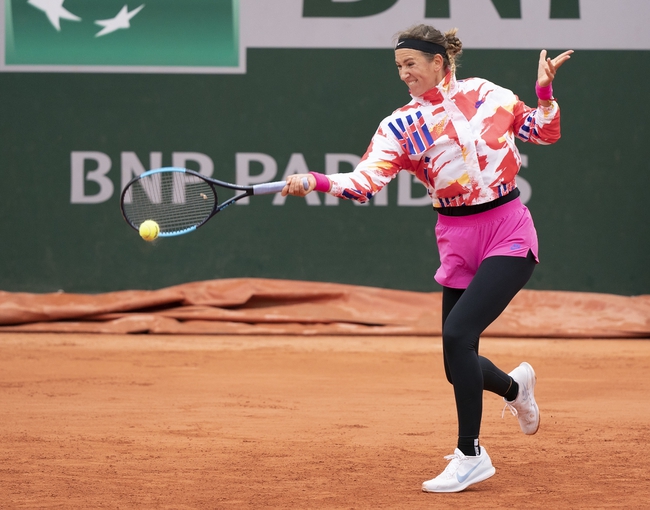 It's an all-Belarus Final here at the 2020 Ostrava Open. Third seeded Aryna Sabalenka faces countrywoman Victoria Azarenka in what is sure to be a very exciting final. The match takes place on Sunday October 25th, 2020. They have played twice before, winning one match each. Will Azarenka be able to capture her second title since the restart?

Victoria Azarenka has been very impressive since the WTA Tour resumed, capturing the "Cincinnati Open" and reaching the final of the US Open. She has been in dominant form here in Ostrava, losing only one set so far. She was outstanding in her Semi-Final win over Maria Sakkari, surprisingly winning easily, 6-1 6-3. She is extremely consistent and is one of the best defensive players in the game. The former world number one will be looking to frustrate her opponent with lots of long rallies, but definitely has an aggressive gear when necessary. She is one of the greatest female players of the recent era and will be looking to capture her second title of the year and continue her journey back to the top.

Aryna Sabalenka is ranked #12 in the world and has had a good year, winning a title in Doha. She has been in mixed form since the restart however, and has also struggled with injuries. She has not been too impressive here in Ostrava but has managed to find a way to reach the final. She was down and out against Coco Gauff but somehow won. She also lost the first set 6-0 against Sara Sorribes Tormo but again managed to claw her way to victory. Sabalenka is a very aggressive player and tends to "go for broke". This can be her downfall at times, especially against this type of opponent that is not likely to give anything away.

I think that Victoria Azarenka will win this match. She has been in much better form than Sabalenka lately and during this tournament. This seems to be a good matchup for her as her solid groundstrokes will undoubtedly frustrate her younger opponent. Of course, Sabalenka has the game to beat her compatriot if she is on but her form doesn't suggest that will happen. Victoria Azarenka to win and claim her second title of the year.