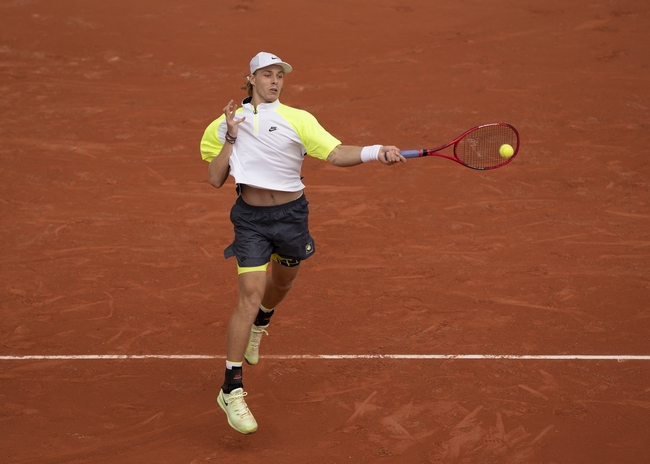 Eighth seeded Canadian Denis Shapovalov faces Jurij Rodionov of Austria in the First Round of the 2020 Vienna Open in Austria. The match will take place on Monday October 26th at 1:50pm EST. Shapovalov is looking to keep his slim chances of qualifying for the ATP Finals alive, can the local player spoil the party?

Denis Shapovalov has had a breakthrough year in 2020 with some outstanding performances after the ATP Tour resumed. He broke into the top 10 for the first time and is finally realizing the potential that he has. He has seemingly matured as a player overnight and is now a major title contender in every event that he enters, and not simply a "talented but erratic youngster". He possesses a huge serve and big lefty groundstrokes, and has also developed a very capable net and transition game from his time playing doubles. He will be a big threat on these quick indoor hard courts and will be one of the most motivated players here as he has a lot to play for. He enters Vienna in mixed form, having reached the Semi-Finals in St. Petersburg but shocking lost in the First Round in Cologne to French veteran Gilles Simon.

Jurij Rodionov is a talented player but not one that many casual tennis fans have heard of. He received a wild card into the Main Draw of this event and will be looking to make the most out of his opportunity. He is a young and relatively inexperienced player that only picked up his first tour level win in the First Round of the French Open, defeating Jeremy Chardy. The Austrian has had an amazing year on the Challenger Tour, at one time winning 15 out of 17 matches so he is definitely one for the future. Like his opponent he has a big serve and forehand but his backhand is a glaring weakness that Shapovalov will surely try to exploit.

Denis Shapovalov will win this match comfortable. He is a much better player than the Austrian at this stage in his career and will be highly motivated to do well this week. I expect him to win in straight sets and go on a deep run in this tournament.