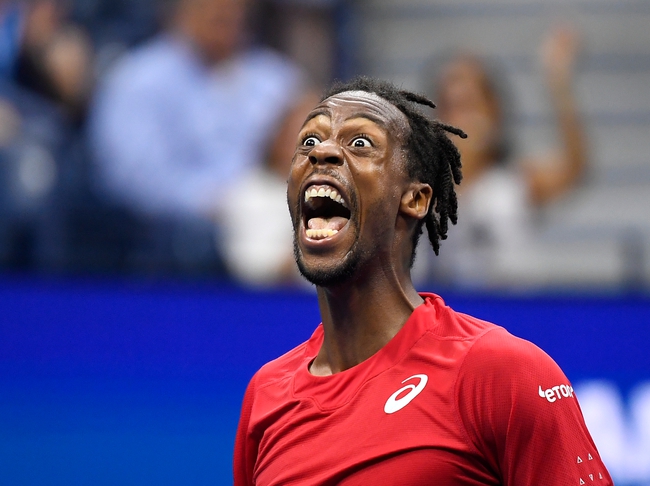 Seventh seeded Gael Monfils of France faces Spaniard Pablo Carreno Busta in a blockbuster First Round clash at the 2020 Vienna open in Austria. The match will take place on Monday October 26th, 2020 at 10:20am EST. Monfils leads the head to head by three matches to one but the pair have not played in four years. Will the in-form Spaniard claim his second career win over the Frenchman?

Gael Monfils enters the Vienna Open in very poor form. In fact, he has not won a match since the ATP Tour resumed, losing in the First Round in Rome, Hamburg and Roland Garros. He will relieved to be on the familiar indoor hard courts on which he has a winning record throughout his career. He was outstanding on the surface in 2019, reaching the Semi-Finals in Sofia and winning the title in Rotterdam. His current form is a far cry from earlier in the season where he won back to back titles in Rotterdam and Montpelier and will be hoping to get his season back on track. He still possesses elite athleticism and has a superb all court game that makes him one of the top players in the world when in form. Despite his poor form he is still the world #11 and will be expecting a solid week here.

Pablo Carreno Busta has had a superb 2020 season and is one of the most in-form players on tour at the moment. He had a run to the US Open Semi-Final and backed that up with a Quarter-Final showing at the French Open. However he was shockingly beaten in the First Round in Antwerp and will be hoping to get back on track here this week. He is extremely consistent from both sides and hardly gives anything away. He will be full of confidence heading into this tournament and has to be considered the favorite here despite his lower ranking.

PCB is the favorite and on paper should win this match. He is in much better form than the Frenchman and many will expect him to win. However I am going against the grain here and will predict that Monfils is going to win this match. He is a much better player than his current form suggests and loves this indoor hard court surface. Expect him to end his losing streak and come away with the victory. Gael Monfils to win.