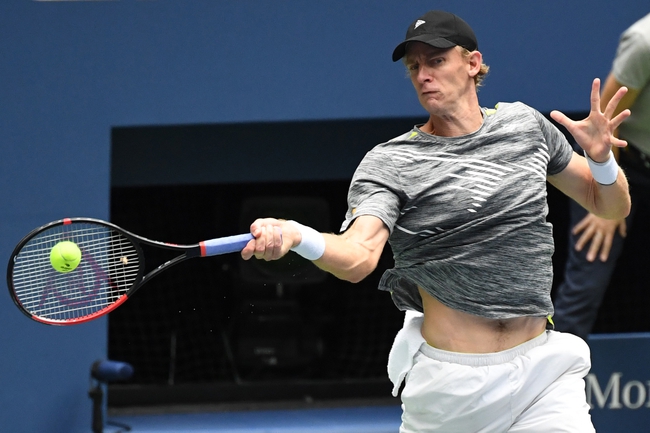 Kevin Anderson of South Africa faces Austrian Dennis Novak in the First Round of the 2020 Vienna Open. The match will take place on Thursday October 26th 2020 at 9:00am EST. They have never played each other before. They are similarly positioned in the rankings with Novak being #91 and Anderson #111. Who will advance to the Round of 16?

Dennis Novak enters his home tournament in mixed form. He made it to the Quarter-Finals of the Cologne Open but fell in the First Round of the Cologne Championships the following week. He possesses two major weapons in his serve and forehand but he can be extremely erratic at times. He is a very "hot and cold" player and you never really know what to expect. That being said, he is a talented player that is capable of some good tennis and will undoubtedly be keen to perform well in his home country.

Kevin Anderson has struggled with injuries for most of the past two seasons. Prior to his knee injury he was in brilliant form and a top 5 player. He had a streak of four consecutive First Round losses after the lockdown but was impressive at the French Open, reaching the Third Round and showing glimpses of his past form. His body now seems capable of handling the rigors of professional tennis again and he will be hoping to get back to his best soon. He relies on his huge serve and solid groundstrokes to win his matches and when he is fully fit is one of the best players in the world. It remains to be seen if he can get back to playing his best tennis after the long break.

I am going to pick Kevin Anderson to win this match. He is the better player when healthy and he seems to back to full fitness. If he serves well there is not much that the Austrian can do and lacks the weapons to trouble the big South African. He is a former top 5 player and Grand Slam Finalist and I expect him to have too much quality for his opponent here. Kevin Anderson to win.