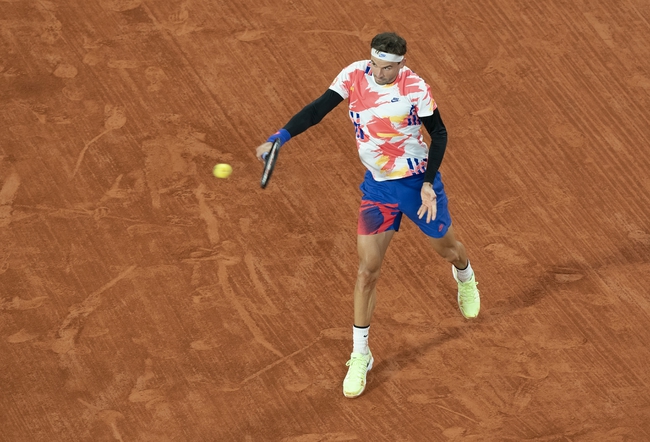 A huge battle awaits us in the First Round of the 2020 Vienna Open when Grigor Dimitrov  of Bulgaria faces Russian Karen Khachanov. This tournament is packed with star-studded opening round encounters and this is no exception. The match will take place on Tuesday October 27th, 2020 at 9:00am EST. Very surprisingly, these two former top 10 players have never played each other before. It is sure to be an exciting and high quality match, who will come out on top?

Grigor Dimitrov is currently ranked #20 and has had a decent year after struggling with injuries and form over the past few seasons. He made the Quarterfinals in Rome and Semifinals in Antwerp. He has had a relatively poor record on indoor hard courts since winning a title in 2017 in Stockholm and he will be hoping to get back on track here in Vienna. He has been attacking more than usual recently and this surface should suit that tactic. Dimitrov is still a very dangerous player despite him coming to the end of his career and he will be confident that his experience will carry him past the younger Russian.

Karen Khachanov has had a relatively poor year by his high standards but is still ranked in the top 20. He enters Vienna on the back of a controversial week in Antwerp where he made headlines by disputing (correctly) a poor call by the umpire. It will be interesting to see if he has mentally recovered from that incident as it has been gaining a lot of traction in the press. When he is in form he is one of the best players in the world, and possesses some of the biggest groundstrokes in the modern game. However he can be very erratic, losing focus easily at times.

I predict that Grigor Dimitrov will win this match. This will be a very close match but I think that Khachanov will still be distracted by the media attention surrounding his match in Antwerp. That, coupled with the fact that Dimitrov is in slightly better form does not bode well for the Russian. Dimitrov can call on his vast experience to get him through here. The Bulgarian to win here and advance to the Round of 16.