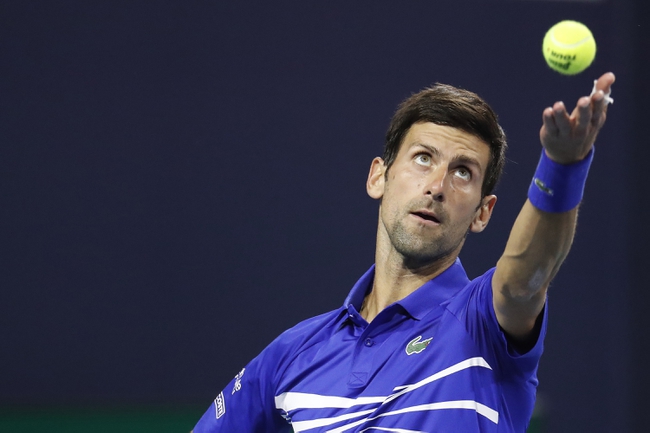 World number one Novak Djokovic of Serbia faces compatriot Filip Krajinovic in the Opening Round of the 2020 Vienna Open ATP-500 tournament. The two players know each other's game well and this should be an exciting encounter. The head to head is tied 1-1 but Krajinovic also has an exhibition win over the top seed earlier this year. Can he pull off the upset here?

Novak Djokovic returns to match play for the first time since the French Open where he was dismantled in the Final by Rafael Nadal. He will be rearing to go here, and get back to winning ways after losing just this second match of the year. He will be the favorite here in Vienna however there are many stars such as Dominic Thiem, Stefanos Tsitsipas and Daniil Medvedev in his path. He obviously boasts an elite all-around game with no weaknesses and defeating him is one of the most difficult tasks in professional sports. He will look to dominate his compatriot with his groundstrokes and force him into committing numerous mistakes.

Filip Krajinovic is an extremely talented player and has the tools to defeat the world number one if everything is clicking. He has an extremely powerful baseline game and is very consistent. His backhand is his main strength and he will be looking to that to help him through here. If he was confident then he could make a match out of it however he enters Vienna on the back of a three match losing streak. The odds are stacked against him and he will have to play the match of his lifetime to get the win here. The key for Krajinovic is his serve. Djokovic is one of the best returners of all time so if he serves poorly this match could be over in a hurry.

Novak Djokovic will win this match easily. He will be hungry to stamp his authority back on the men's game after that humiliating loss to Nadal. Expect him to come out and dominate from start to finish against his countryman who is low on confidence at the moment. Novak Djokovic to win in straight sets.