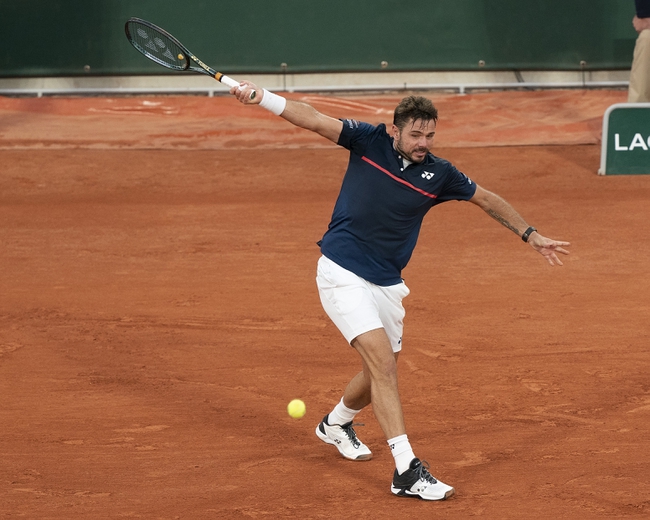 Swiss veteran Stan Wawrinka faces Chilean Cristian Garin in a blockbuster First Round clash at the 2020 Vienna Open in Austria. There are many exciting opening round matches here and this stands out as potentially one of the most entertaining. Wawrinka is one of the best players of our generation and Garin is a young star who has been climbing up the rankings lately. Who will come out on top and advance to the Round of 16?

Stan Wawrinka is a multiple Grand Slam Champion who sadly has been on a slow decline over the past few years. However, he is still an extremely dangerous player at times and should never be discounted. He has a 1 to 0 head to head lead over the Chilean but that was a year ago on clay so there is not much information to be gained by that result. He comes into Vienna in decent form, having made the Third Round at Roland Garros and the Quarter-Finals in St. Petersburg. He will be looking for a deep run here despite the star-studded field and will be looking to use his huge groundstrokes to hit through his opponents. If he is confident and his game is clicking he is capable of beating everyone even at this late stage of his career.

Cristian Garin has had a fantastic past few years and is one of the brightest young stars in the world. He comes into Vienna in poor form and will hope to get his 2020 season back on track, having won multiple titles earlier on in the year. He has very solid groundstrokes and his speed and footwork are elite. There are a couple of weaknesses in his game such as his ability to focus under pressure and his second serve and there is no doubt that the experienced Swiss player will be looking to exploit those.

This has all the makings of a fantastic match and I expect it to go the distance. That being said, I expect Stan Wawrinka to use his experience to eventually pull through and get the victory. He has had better results on the surface over his career and is in better form than his younger opponent so I give him the edge here. Garin certainly has the quality to win this match but he has not shown that lately. Stan Wawrinka to win in three sets.

The pick in this article is the opinion of the writer, not a Sports Chat Place site consensus.
Previous Pick
Vienna Open: Dominic Thiem vs. Vitaliy Sachko 10/27/20 Tennis Prediction
Next Pick
Astana Open: Frances Tiafoe vs. Miomir Kecmanovic 10/28/20 Tennis Prediction