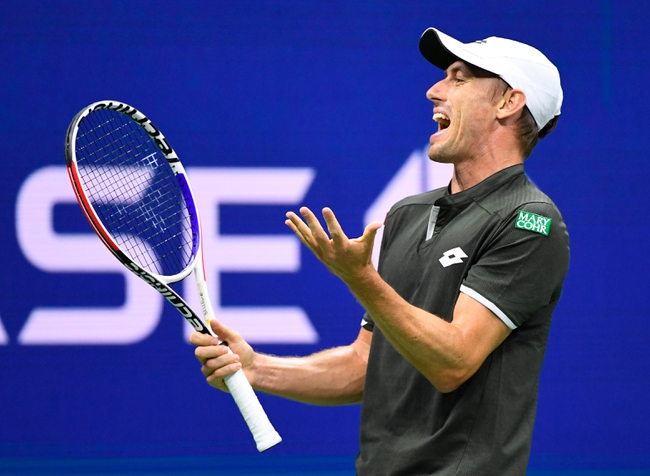 Fernando Verdasco meets John Millman in the second round of the 2020 Astana Open on Wednesday, October 28th 2020 in what is going to be a very interesting and tight encounter here in Kazakhstan. Will it be the relentless Spaniard, or the big swinging Australian to make it to the quarterfinals?

John Millman has not played his best tennis as of recent on the tour, but that does not mean he is not a threat here at the Astana Open as he looks to play his first match here as a seeded player. Millman is solid on hard courts as he is able to move his opponents round with ease and compete on the biggest stages. Millman has had some notably high quality wins on hard courts, over the likes of Roger Federer, and he will definitely be backing himself to book a spot in the quarterfinals here. However, Millman meets a player who has been playing some solid tennis on these courts in Fernando Verdasco. Will Millman be able to wear off the rust quickly and rise to the challenge?

Fernando Verdasco met James Duckworth in the first round here and beat the Australian in straight sets 6-4/7-6. Verdasco has a lot of success against lower ranked players due to his lefty serve and also because of his vast experience in the world of tennis. Verdasco will be confident coming into this second round match as he has had some solid minutes of play under his belt in the last few weeks and he will definitely know that he is one of the favourites for the title here in Astana.

This is going to be the third meeting between both players, with the head to head standing at 1-1. This is going to be a very tight encounter which both players can win, however, if I have to chose I will go with Fernando Verdasco. Verdasco has played more tennis on these courts as of recent and has worn off the rust already, whilst Millman has not. Verdasco is also a lefty which allows him to expand the court in his favour. I expect this to be 3 sets perhaps, but Verdasco should win.