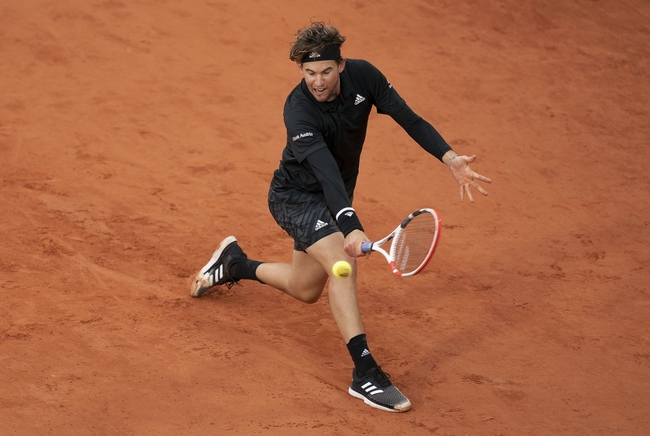 A titanic battle awaits us in the Quarter-Finals of the 2020 Vienna Open in Austria. Second seeded local hero Dominic Thiem faces one of the most in-form players in the world, Andrey Rublev of Russia who is the number five seed. This match is the most anticipated Quarter-Final here and will definitely be an exciting one. Will Thiem be able to advance to the Semi-Final at home or will Rublev spoil the party?

Dominic Thiem has been having a great year so far, highlighted by his maiden Grand Slam title. However he was defeated early on at the French Open and is hoping to make amends here at home. He was unimpressive in the First Round over an unfancied opponent in Vitaliy Sachko but that was to be expected as it was his first match on this surface. He was dominant in the Round of 16 over Cristian Garin 6-3, 6-2 and will be hugely confident of going all the way here at home and defending his title. He has come leaps and bounds and is now considered an all-court player, and his huge groundstrokes and movement are big weapons on any surface. There are not many that can stand in his way when he plays like he did against Garin and he will expect to go all the way.

Andrey Rublev is one of the most in-form players in the world at the moment. He has been having a fantastic season and will be backing himself here and against any opponent. He is rocketing up the rankings and is sure to be a top 5 player sooner rather than later. He will be well-rested, with Jannik Sinner retiring in the 4th game of their highly anticipated showdown in the Round of 16. His intensity and huge forehand are a joy to watch and on his day he certainly can defeat any opponent. If he can focus throughtout the match and is striking the ball well he is sure to be a handful.

This match is a tough one to call but I am going with Thiem here. Rublev may be in better form but Thiem has the experience and that extra gear that Rublev does not yet have, and will be eager to defend his title here at home. I wouldn't be surprised if Rublev got the victory but the safer bet is with Dominic Thiem to win.