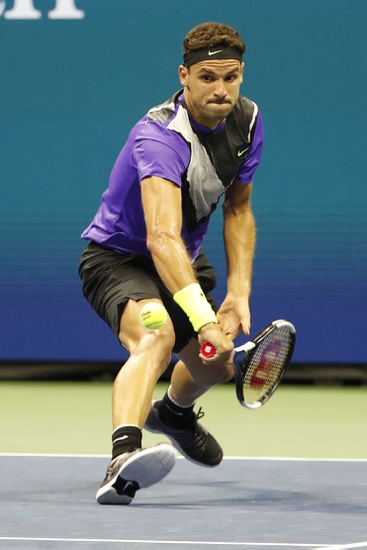 An interesting matchup awaits us in the Quarter-Finals of the 2020 Vienna Open in Austria. Bulgarian Grigor Dimitrov faces Dan Evans of Great Britain in what is sure to be a close and exciting match. It will take place on Friday October 30th, 2020 at 1:50pm EST. Dimitrov leads the head to head 3 games to 1, will be extend that lead or will Evans close the gap?

Grigor Dimitrov has had an excellent tournament so far, with huge wins over higher ranked opponents Karen Khachanov and Stefanos Tsitsipas to book his place in the Quater-Finals. He has a great record on indoor hard courts in his career with three titles and will be hoping to cause a shock and win his fourth here. Dimitrov was very impressive to come back against Tsitsipas, having squandered multiple set points to lose the opening set. Many would have predicted him to fall away but he remained focused and came away with the win. He has a very aggressive style and likes to take the ball early. He served particularly well against Tsitsipas and will be very difficult to beat if he plays similarly here.

Dan Evans has had a rich vein of form recently. He narrowly lost the Semi-Finals in Antwerp to eventual champion Ugo Humbert and has been very impressive here, knocking out Aliaj Bedene and Jurij Rodionov. He was particularly impressive against the young Austrian, coming back from a break down in each set. His style of play ca unsettle many players, with his changes in pace and slices being very difficult to deal with when he is in form. One major advantage he has over Dimitrov is that he has spent a lot less time on court here and will be fresher. While Dimitrov has played two tight three setters, Evans is yet to go the distance.

I expect this match to be relatively tight but Grigor Dimitrov to come away with the victory. He has looked like the better player and has much more "big match" experience than his opponent. He should be able to dictate play with his aggressive style and will eventually overpower Evans. Grigor Dimitrov to win and advance to the Semi-Finals.