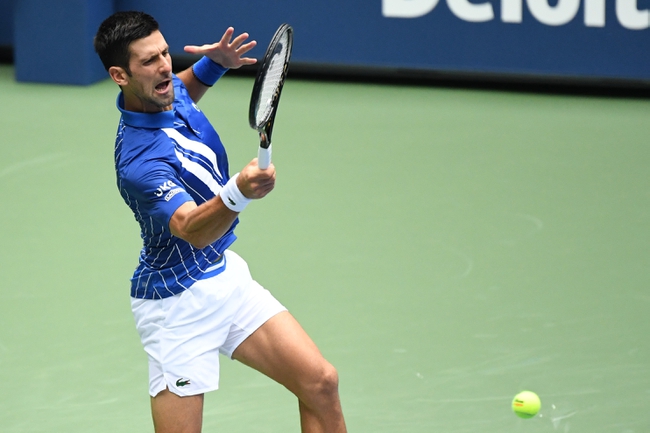 World number one and top seed Novak Djokovic of Serbia faces Lorenzo Sonego of Italy in the Quarter-Final of the 2020 Vienna Open in Austria. Sonego has surprisingly reached this point after entering the draw as a lucky loser. Does he have what it takes to defeat the world number one and advance to the Semi-Final?

Novak Djokovic has not looked at his best so far here in Vienna, being down four set points in the opening set against Borna Coric in the Round of 16 and facing one in the First Round against compatriot Filip Krajinovic. He recovered well to win those matches and has a knack for struggling early on and improving as the tournament progresses. His groundstrokes and defence are always excellent and he has particularly impressed so far with his serve, with 12 aces so far this tournament. He will be highly motivated to win this tournament as it will ensure that he finishes the year as Number One for a record equaling 6th year so there will be no let-up or loss of focus here from the Serbian.

Lorenzo Sonego has done extremely well to get to this point, having lost in the Qualifying Rounds and entering the draw as a lucky loser. He has played some great tennis, upsetting Dusan Lajovic and Hubert Hurkacz and will have gained a lot of confidence from that. However he now faces one of the most difficult tasks in all professional sports, defeating Novak Djokovic. Sonego is primarily known as a clay courter but has impressed here. He was extremely aggressive against Hurkacz and continuously rushed him, forcing him to make numerous errors. He will have to play the match of his life to even have a tiny chance against Djokovic but if he starts well he has a chance of keeping the first set close as Djokovic tends to struggle early on.

Novak Djokovic will win this match relatively comfortably. I expect it to be a bit tight in the first few games but once he finds his bearings he should run away with it. Sonego is in very good form and has impressed but this is a whole different ball game here. Novak Djokovic to win in straight sets.