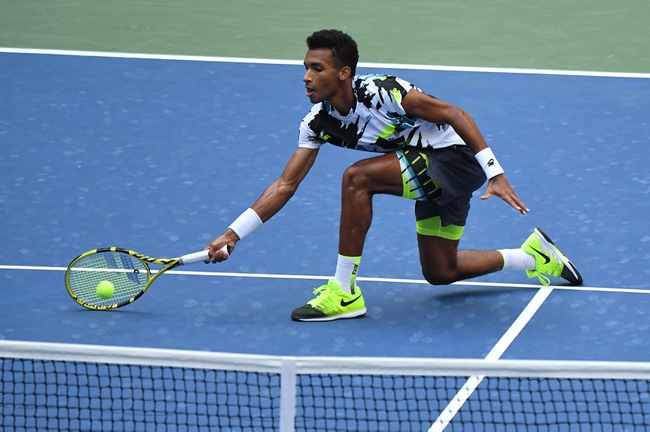 Felix Auger-Aliassime meets Marin Cilic in what is going to be an extremely tight encounter in the first round of the 2020 Paris Masters on Monday, November 2nd 2020. Will FAA get back on track after a tough loss in the semifinals of the Cologne 2 Open, or will Cilic use his experience wisely?

Marin Cilic has had a tough time since the end of the US Open and he has not played very well this season. Cilic has an incredible serve, but when he is missing his first one, he is not able to get on top of the ball and dominate his opponents as much as he would like to. This prevents him from hitting his forehand and backhand as hard and deep as he is able to. This was especially seen at the Cologne 1 Open when he lost against Alejandro Davidovich Fokina in 3 sets when he was in complete control but then his first serve stopped firing as well as it could.

Felix Auger-Aliassime suffered a tough loss at the hands of Diego Schwartzman in the semifinals of the 2020 Cologne 2 Open in a match which if he was in top form, he would've made 2 finals in 2 weeks. FAA is an extremely solid and high-potential young talent, however, what I have analysed from his game is his inability to close out big moments in matches. FAA has not developed the mentality which has allowed champions such as Nadal, Federer, Djokovic, Murray and others to just fight for every single point whether you are at match point or at break point down. When FAA is in winning positions, he fights less hard than he should, and lots of times gives his opponents chances to come back into the match.

This is going to be the second meeting between both players, with Marin Cilic leading the head to head 1-0. I think this is going to be a very tight 3-set encounter, with both players being able to win the match. However, based on recent performances I think FAA should win this one. FAA has a better overall game at the moment, but if he takes things too lightly, don't be shocked of a different result.