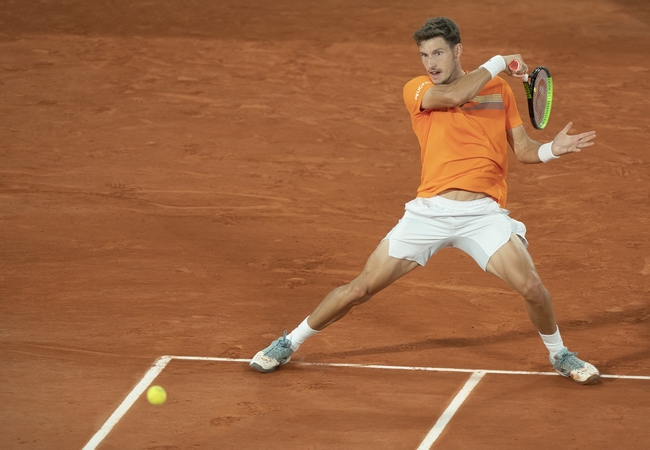 Ninth seeded Pablo Carreno-Busta of Spain faces promising French youngster Hugo in the First Round of the 2020 Paris Masters. This is a matchup between a Spanish veteran that has been having a career year and a young player hoping to further climb up the rankings after an impressive start to his professional career. There is no match history between the two players. Both players will be highly motivated to win here, who will advance?

Pablo Carreno-Busta has been having an outstanding season in 2020. He reached his first Grand Slam Semi-Final at the US Open and followed that up with a Quarter-Final showing at Roland Garros. He has been in indifferent form lately however, losing in the early rounds in his past three tournaments, including a shock loss to Kevin Anderson last week in Vienna. He will be very motivated to win here to make amends for that loss. As always, PCB will be relying on his elite footwork, speed and consistency to win here. One area that he has really worked on is his offensive game, and this improvement has been a big reason for his recent success. Additionally, an extra source of motivation for him is that he is still in with an outside chance of qualifying for the ATP Finals so he will be desperate for a strong finish to the season.

Hugo Gaston is a very promising young player that announced himself on the world stage at the 2020 French Open. He stunned Stan Wawrinka en route to the Fourth Round. However he has not added to those three wins since, and will be eager to give a good account of himself here at home. Unfortunately for him, he will not have the French crowd behind him due to fan restrictions so that will play into PCB/s favor. Gaston has not really developed any major weapons yet but is a very solid all-around player. He is talented enough to keep this close on a good day but enters here as the underdog.

I am going with PCB to win this match and advance to the Second Round. He is simply the better player and without the loud French crowd to inspire him I do not see Gaston having enough to prevail. He is certainly one for the future but his day won't come here. PCB to win.