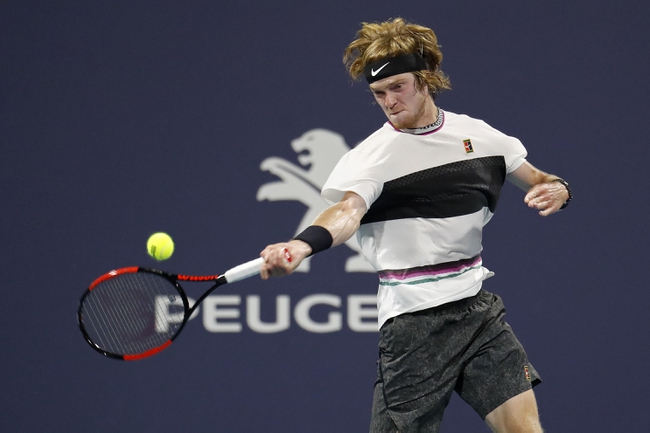 Fifth seeded Andrey Rublev of Russia faces Moldovan Radu Albot in the Second Round of the 2020 Paris Masters in France. The match will take place on Wednesday November 4th, 2020. This match is a stark contrast between one of the most in-form players in the world (Rublev) and Albot who has struggled to win a match all season. Will the Moldovan be able to spring the upset?

Andrey Rublev is in supreme form at the moment. A case could be made that he is the best player in the world right now, after winning three out of the last four tournaments that he has played, with a Quarter-Final appearance at the French Open being his only recent loss. He has definitely added another gear to his game and is now considered a true major contender in every tournament that he enters. He has an amazing blend of power and accuracy from both sides, and has developed his serve into a true weapon, which is dangerous news for all his opponents. He will be expecting to the challenge for the title here, and take his momentum into the ATP Finals. The only area of concern here is fatigue, as he has a lot of tennis under his belt recently and will need to conserve some energy leading into the year-end event.

Radu Albot has been in poor form this season. Once ranked in the top 40 he now finds himself ranked #90 and will be desperate to string some wins together. He enters this draw as a lucky loser, having lost to Serbian Norbert Gombos in the Final Round of Qualifying. He was particularly impressive in his First Round upset win over Hubert Hurkacz, playing some good defense and using his speed and footwork to his advantage. He will be hoping to have a similar performane against Rublev, but even that will likely not be enough.

Andrey Rublev will win this match in straight sets. Quite simply he is one of the best three players in the world at the moment and there are no signs of that form letting up. He has won 19 out of his last 20 matches and expect that to continue here.