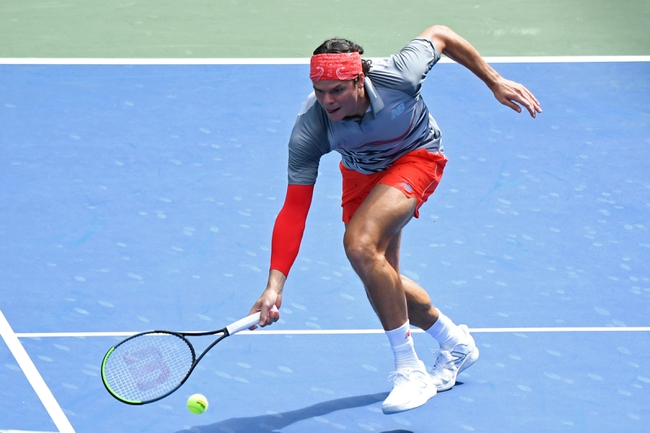 Pierre-Hughes Herbert will be missing the French crowd a lot this week as he knows better than anyone that even if you are not one of the top singles players in the world, you are still able to use their momentum if you are a French player here in Paris. PHH will have to rely on his superb game which he uses a lot and has a lot of success with in the doubles. PHH is able to move his opponents around the court with ease as he has a lot of doubles experience, but he will have to ensure he is even able to return his opponents serve as he meets the big swinger Milos Raonic.

Milos Raonic was superb in the first round against Aljaz Bedene, winning in straight sets and only losing 3 games. Raonic is able to dominate opponents especially in these conditions as his serve bounces and moves through the court faster, and he is able to get that forehand shot straight after the serve. Raonic has played very well in the last few weeks, having success in tournaments in Russia, Vienna and Antwerp. I expect Raonic to come out here confident in his ability to make it to the third round here in Paris and perhaps even make it further.

This is going to be the second meeting between both players, with Milos Raonic leading the head to head 1-0. I expect that PHH would have had a much better chance to cause an upset here if the French fans were allowed to come to watch, however, there are none and Milos Raonic will be very happy. Milos Raonic is the vastly superior player and I expect him to come out here, out serve his opponent and power his way through this match. Milos should win this in straight sets and book his spot in the third round.