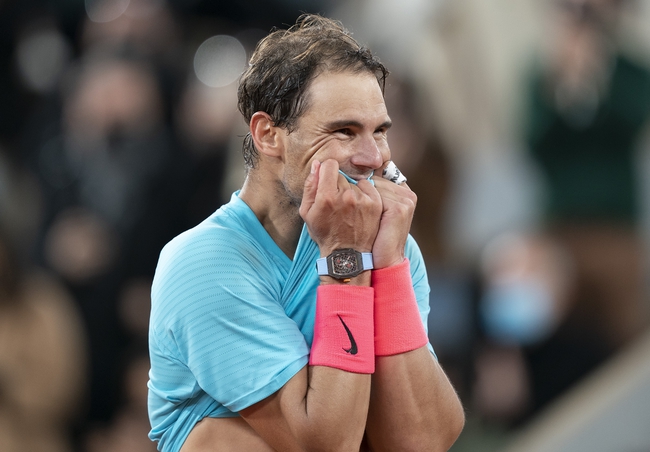 It is the battle of the Spaniards and Rafael Nadal's awaited 2020 Paris Masters opening match as Rafael Nadal meets Feliciano Lopez in the second round on Wednesday, November 4th 2020. Will Lopez be able to cause the shocking upset here, or will Nadal cruise through?

Feliciano Lopez came through a hard-fought first round match against Filip Krajinovic which saw him win 7-6/6-1. Krajinovic was in complete control in the first set and looked set to win it, being 6-2 up in the tiebreak and then having 4 more set points. However, Lopez was able to come back and steal the first set and then capitalise on the momentum at hand to win the second set 6-1. Lopez is getting old and his playing days are counting down, however, he showed us he still is a force in the Men's game. Now Lopez will have to find another level in his game if he is to gain anything out of this match against Rafael Nadal.

Rafael Nadal is coming back for his first tournament since his record-equalling 20th Grand Slam title after winning the 2020 French Open. Nadal has had a lack of success here in Paris, with this tournament being one of the few Masters 1000 tournaments he has not won in his career. Nadal gave an interesting interview a few days ago, stating that yes he has not had much success here, but that is because it is always the second to last tournament of the year and he is either very tired physically by then, or usually has some injury issues or concerns. Nadal said that this year he is ready as he has played very few tournaments since the restart and he wants to win the title this year.

This is going to be the 14th meeting between both players, with Rafael Nadal leading the head to head 9-4. Their last two meetings were won by Lopez but these were 5 years ago. Nadal had a tough year in 2015 and he is a vastly superior player nowadays which is very shocking. I expect this to be an easy victory for Nadal who is the drastically better player and who is extremely motivated to win the title in Paris.