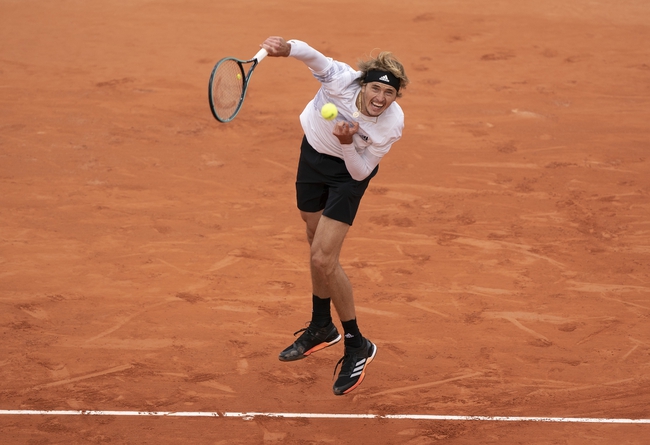 Fourth seed Alexander Zverev of Germany faces Frenchman Adrian Mannarino in the Round of 16 of the 2020 Paris Masters. The match will take place on Thursday November 5th, 2020 at approximately 1:30pm EST. This is the 5th meeting between the two players, and Zverev leads by 4 wins to 0. However the last encounter was in Cologne two weeks ago and it was a very tight three set match. Does Mannarino have what it takes to claim his first win over the German?

Alexander Zverev arrives in Paris in great form. After reaching (and narrowly losing) his first Grand Slam Final at the 2020 US Open, he won back to back titles at home in Cologne. His big serve and unique ability to play elite offense of defense will be very effective on this fast indoor hard court surface. One area of concern is the recent controversy surrounding him which has been all over the news and social media lately. However, it did not seem to be affecting him much as he dismantled Miomir Kecmanovic in just 55 minutes. His confidence is sky-high and he will be expecting to challenge for the title here to carry his momentum into the ATP Finals.

Adrian Mannarino has had a mixed season this year. After hardly being able to win a match after the restart, he has found a rich vein of form lately, making it to the final at the Astana Open, losing to John Millman. He enjoys playing on the faster indoor surfaces, and his flat groundstrokes are certainly a weapon on them. If he is able to defend his relatively weak serve, he will be a handful for the German. The head to head is 4-0 in Zverev's favour but Mannarino can take confidence in the fact that he has taken a set off him in their past two matches. Now that he is at home he will be expecting to perform well in what could perhaps be his last tournament of the year.

I expect Alexander Zverev to win this match. Mannarino is no pushover, especially on this surface and at home, but the German is simply the better player and has too much firepower for the Frenchman. It won't be easy by any means but Zverev will advance in two tight sets.