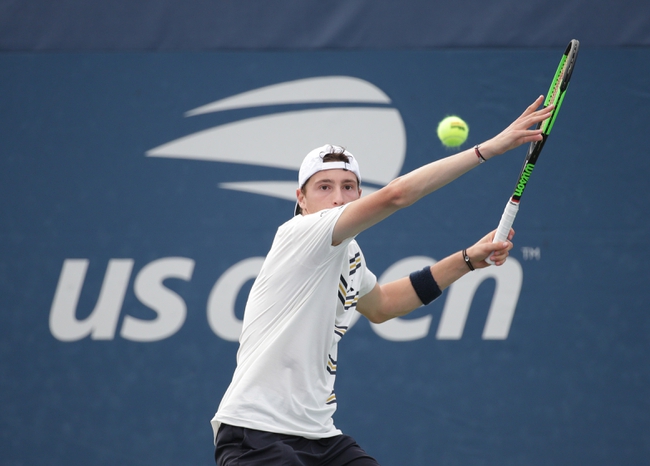 The young and highly exciting Frenchman, Ugo Humbert, meets the experienced and big serving Canadian, Milos Raonic, in the quarterfinals of the 2020 Paris Masters on Friday, November 6th 2020. Will Ugo Humbert make his maiden Masters 1000 semifinal, or will Raonic be too much for him?

Milos Raonic played a very solid match in the third round, beating Marcos Giron in straight sets 7-6/6-2. Raonic's serve has been very solid this week and his movement has been impeccable. Raonic is getting back to the playing levels we are used to see him playing at and it is great for the tour as it means we have more solid and strong competition at the highest level. Raonic knows that if he wins the tournament here he will make it to the Nitto ATP Finals, even if that is a farfetched, Milos Raonic will definitely give it his all to make it more realistic.

Ugo Humbert has played incredibly here in Paris, beating the likes of Stefanos Tsitsipas in the second round and Marin Cilic in the third round on Thursday. Humbert won the first set against Cilic quite convincingly, however, he struggled in the second set, losing it in a tiebreak. Cilic handed Humbert an easy game in the third set which proved to be decisive to the result of the match. I expect Humbert to know that he will have to drastically improve his level now as Raonic is going to be his toughest opponent this week up to date, even if Tsitsipas is higher ranked.

This is going to be the first meeting between both players and if Humbert played dominating tennis against Cilic throughout the entire match on Thursday, I would perhaps be more confident in him. However, Raonic has been superb all tournament and he is very determined to continue his run of form. Raonic has a bigger first and second serve, a better forehand and a more powerful backhand. If Raonic is firing on all cylinders, he should win this match and make it to the semifinals here in Paris, where he knows he can make the final.