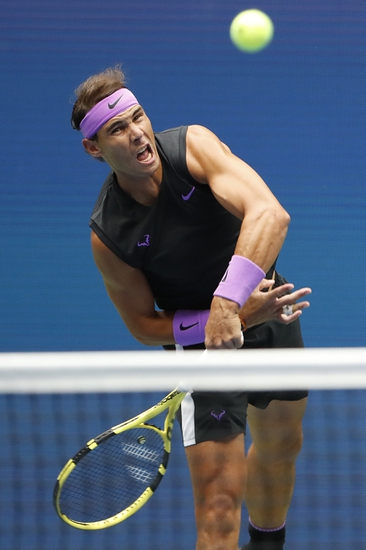 Top seeded Rafael Nadal of Spain faces countryman Pablo Carreno-Busta of Spain (9th seed) in the Quarter-Finals of the 2020 Paris Masters event in Paris, France. The match will take place on Friday November 6th, 2020 at appeoximately 1:30pm EST. They have faced each other six times before, with Nadal winning on every occasion. Will he continue to dominate the rivalry or will PCB register his first win over this living legend?

Rafael Nadal enters Paris having not played a hard court match since the tour resumed. He has had a shaky start, being stretched to three sets by Feliciano Lopez and then facing a set point against Jordan Thompson in the Round of 16. However some rust was to be expected and he has found a way to win each time. He certainly has improved with every match here and that trend should continue. His serve has been particularly impressive so far, winning him a lot of free points. He hasn't been broken since the first set against Lopez, winning 25 straight service games. If this continues he will be confident of a victory here against his compatriot. His shot-making has been at a high level but he has been making a lot of uncharacteristic mistakes, especially on his backhand side. Nadal is a huge favorite heading into this match and is aiming to win the title here, something he has never done.

Pablo Carreno Busta has been having a career year in 2020. He reached his first Grand Slam Semi-Final at the US Open, followed by a Quarter-Final showing at Roland Garros. His form has slipped a bit since then, so he will be happy with his performance here so far. He has overcome tough opponents like Hugo Gaston, Jan-Lennard Struff and Norbert Gombos to reach thus far, not dropping a set in the process. He has been aggressive and has been dominating opponents from the baseline. However he will have to be at his best to even stand a chance against Nadal, who has beaten him twice this year, for the loss of only 9 games. PCB's weakness has traditionally been his serve and that will have to be rectified as soon as possible as he is facing one of the best returners of all time.

I expect Rafael Nadal to win this match, and with Rublev's loss he has a clear pathway to the title here. He has looked better and better with each match and seems to be rounding into form. He is highly motivated to win a first Paris title and he won't let PCB stand in his way here.