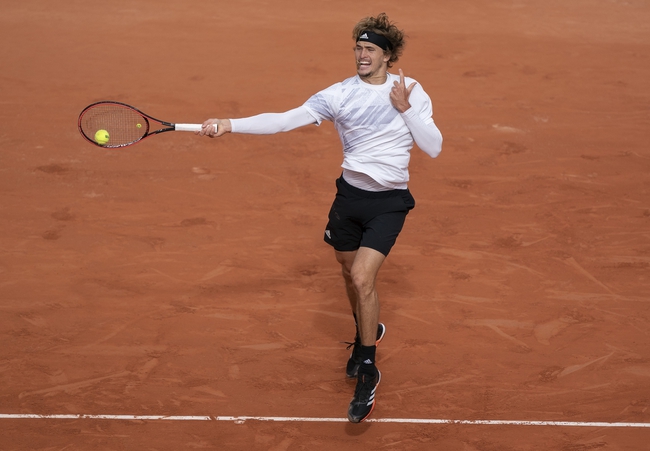 Fourth seeded Alexander Zverev of Germany faces twelfth seed Stan Wawrinka of Switzerland in what is sure to be an exciting matchup in the Quarter-Finals of the 2020 Paris Masters event in Paris, France. The match will take place on Friday November 6th, 2020 at approximately 2:50pm EST. Will Zverev continue his hot run after back to back titles in Cologne? Or can "Stan the Man" come up with another shocker after defeating Andrey Rublev?

Alexander Zverev enters Paris as one of the hottest players on tour, having won back to back indoor titles in Cologne. He was very impressive in his opening round win over Miomir Kecmanovic, absolutely dominating the Serbian in 55 minutes. He was then severely tested by Adrian Mannarino in the Round of 16, narrowly escaping in a 3 hour marathon match. Zverev has been serving well but became tentative against Mannarino when it was close, a tactic that will not work against the ultra-aggressive Warwinka. Zverev has the unique ability to be equally adept at both offense and defense, and will have to be at his best against the Swiss star. Zverev is surrounded by controversy over the past few weeks and it will be interesting to see if he can continue to keep this out of his mind and focus on the tennis.

Stan Wawrinka is certainly a surprise Quarter-Finalist. While he is still an outstanding player despite his age, not many people would have predicted that he would defeat the red-hot Andrey Rublev, who is arguably the most in-form player on the planet. Stan lost the first set quickly 6-1, and the match appeared to be over. However he kicked it into another gear and absolutely dominated the match from the baseline. His serve has been outstanding throughout this tournament and if that continues then he is capable of beating anyone. One area of concern here is fatigue. Stan has a lot of mileage in his legs and has been severely tested in all three of his matches here in Paris, twice going to three sets.

I predict that Alexander Zverev will win this match. It is sure to be a thriller and I wouldn't be surprised if it went to a decider. However Stan Warwinka must be feeling the effects of those three tough wins and may not have much left in the tank. He certainly has the quality to win it here but I expect Zverev who is both fitter and in better form to eventually come away with the win.