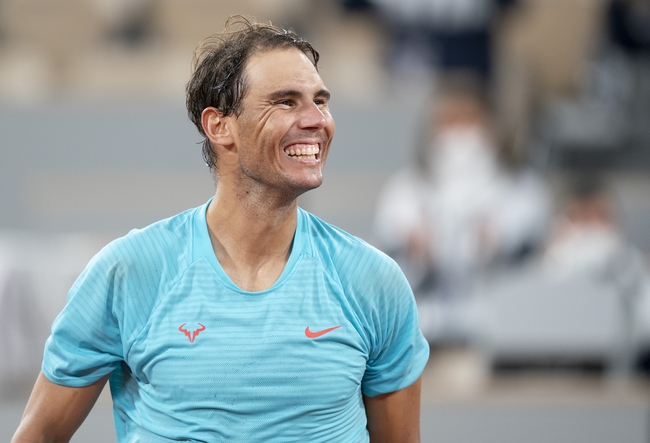 The long and waited semifinal of the 2020 Paris Masters is here and we have to powerhouses of the tennis world as Rafael Nadal meets Alexander Zverev on Saturday, November 7th 2020. Will Nadal get revenge for their last meeting last year at the Nitto ATP Finals, or will Zverev find a way through another tight match here in Paris?

Alexander Zverev found a way to come through two extremely tight sets against Stan Wawrinka on Friday night, having to come from a break down in both sets to steal the match 6-3/7-6. Wawrinka if he played a bit better, would have probably won that match, but unlike his match on Thursday, he was not able to hit the same winners from the back of the court. Zverev showed some signs of concern with his left leg, touching it in pain quite a few times and not walking amazingly sometimes.

Rafael Nadal pulled an incredible comeback against Pablo Carreno Busta as he lost the first set 6-4 and then was 0-40 down on his serve right at the beginning of the second set. Nadal was able to compose himself and finally began to playing some of his best tennis. The second set was extremely tight, with Nadal not converting on many break point opportunities throughout, however, when he was 6-5, he was able to break Pablo Carreno Busta and steal the set. Once he was back in the match, Nadal ran away with it, winning 6 out of the next 7 games and winning the third set 6-1.

This is going to be the 7th meeting between both players, and Rafael Nadal holds a comfortable 5-1 lead over Alexander Zverev. The last time they met was in London at the end of last year at the Nitto ATP Finals, where Zverev absolutely dominated Nadal. Nadal came into the ATP Finals last year with an abdomen tear which was the injury which saw him retire before the semis here in Paris last year too. Nadal was not playing at his best last year in their match and he physically could not. This year, although Nadal struggled in his first and last match here in Paris, he seems to be determined to win the title. I believe Zverev can definitely put up a strong fight, but the world No.2 and 20x Grand Slam Champion, Rafael Nadal, should come away with the victory here and lead the head to head 6-1.