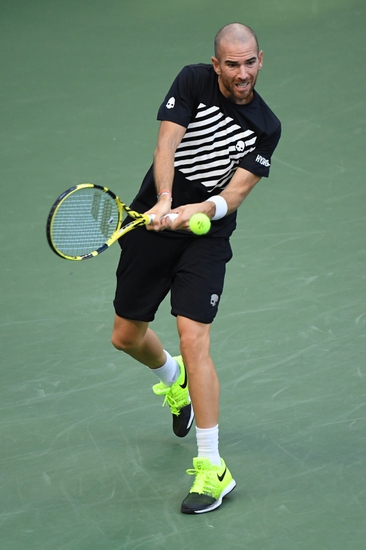 Fifth seeded Adrian Mannarino of France faces Serbian Martin Klizan in the First Round of the 2020 Sofia Open in Bulgaria. The match will take place on Monday November 9th, 2020 at approximately 7:20am EST. The pair have played once before, with Klizan winning that match. Will he be able to make it two out of two or will Mannarino register his first win?

Adrian Mannarino has had a mixed season so far in 2020. After struggling badly early on, he has really turned things around with a finals appearance at the Astana Open and a strong showing at the Paris Masters, losing a very close three setter to eventual finalist Alexander Zverev. Now ranked number 36, he will be eager to continue his rich vein of form and end the year off in a high note with a deep run here in Sofia. He enjoys playing on indoor hard courts and has always had success here due to his style of play, taking the ball early and rushing his opponents. He will be confident of victory here against a much lower ranked opponent.

Martin Klizan was once ranked as high as #24 and has won six ATP titles but now is languishing outside the top 100. He has been a journeyman over the past few years, competing mainly on the Challenger circuit. The lefty has a good serve and backhand, and will be hoping to turn his fortunes around here. He obviously has the experience to make a match out of this but unfortunately for him is facing an in-form opponent on his favorite surface. He will have to play his best match in the past 5 years to have any chance of winning here.