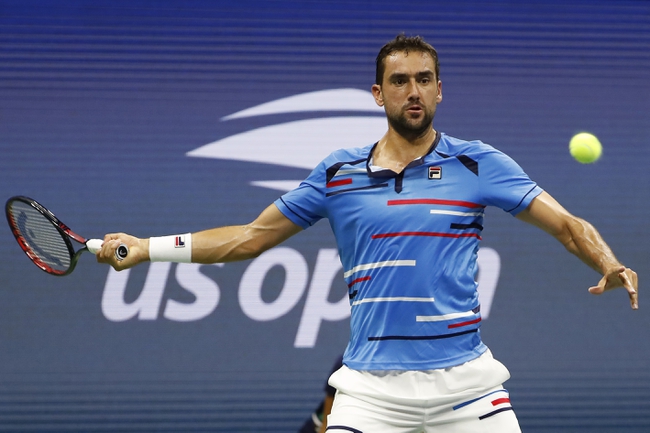 Eighth seeded Marin Cilic faces wild card entrant Jonas Forejtek in the First Round of the 2020 Sofia Open. The match will take place on Monday November 9th, 2020 at approximately 1:20pm EST. This is the final ATP tournament of the season for both players and they will be desperate to finish the year on a high. Will it be the former Grand Slam Champion to advance or will the young Czech star cause the upset?

Marin Cilic has been having a poor 2020 season by his standards. While not the force he once was, he still possesses huge weapons in his serve and forehand that can still do some damage. However his results have not reflected that this season. Now ranked number 43, the former US Open champion has struggled lately, not advancing past the Third Round in any of the last seven tournaments that he has entered. He will take some confidence in the fact that he upset Felix Auger-Aliassime in the Paris Masters and knows that if he serves well he has a good shot at a deep run in this tournament, given his relatively good draw and the fact that there are not many top players here in Sofia.

Jonas Forejtek is a very talented youngster that is making his ATP debut here in Sofia. He has played on the ITF and Challenger Tours with some success. However, with a ranking of #399 it appears that he is a little out of his depth here. He is a former junior world number 1 and is a very solid all-around player, however he lacks the tools necessary to trouble the top players in the world. It remains to be seen what approach he will take here. If he is overawed by the opposition and nervous, this match will be over quickly. If he plays freely with nothing to lose, he has the potential to do some damage to the struggling Croatian star.

I am going to pick Marin Cilic to win this match. There is a huge difference in ranking and skill level here and the result should reflect this. Jonas Forejtek will certainly be a force to be reckoned with in the future but the upset will not happen here. Cilic has a great opportunity to turn his season around here and he should win this tournament comfortably.