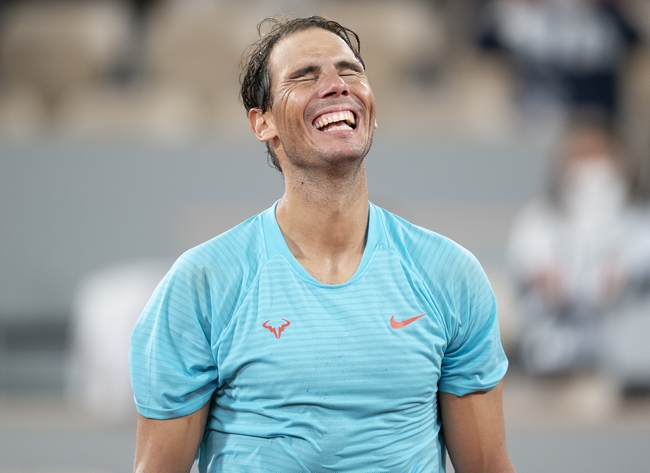 Rafael Nadal looks to bounce back after a tough loss in the 2020 Paris Masters semifinals to Alexander Zverev in straight sets last Saturday as he meets Andrey Rublev in his first round robin match here at the 2020 ATP Finals on Sunday, November 15th 2020. Will Rublev be able to cause the upset or will Nadal bounce back?

Andrey Rublev also was the subject of an upset at the 2020 Paris Masters as he lost to Stan Wawrinka in the Round of 16 although he was the overwhelming favourite. Rublev was not able to stay on top of his game, but it was fair after a long and draining season for the Russian, who claimed his 5th title of the year the week before. Rublev has made the ATP Finals for the first time in his career and he will definitely be looking forward to playing against the likes of Tsitsipas and Thiem, two players he knows he can beat when he is on top of his game. However, he has to put himself in a strong position by beating Rafa first up.

Rafael Nadal struggled a bit two weeks ago in Paris and was not able to find his best form there, losing to Alexander Zverev in straight sets in the semifinal. Nadal has been practicing a lot on these courts with the likes of Tsitsipas and Djokovic and he seems very determined to bounce back here in London. Nadal knows these courts and he knows what he has to do to get his game to where it should be.

This is going to be the second meeting between both players, with Rafael Nadal leading the head to head 1-0. The only time they met was at the US Open quarterfinals in 2017 where Nadal destroyed Rublev in straight sets. Rublev will be confident he can perhaps get something out of this match after Nadal's loss to Zverev two weeks ago, however, I do not see that being the case. Nadal knows how to bounce back from a tough loss and he will do the same here in London. I believe Nadal wins this with his determination and experience.