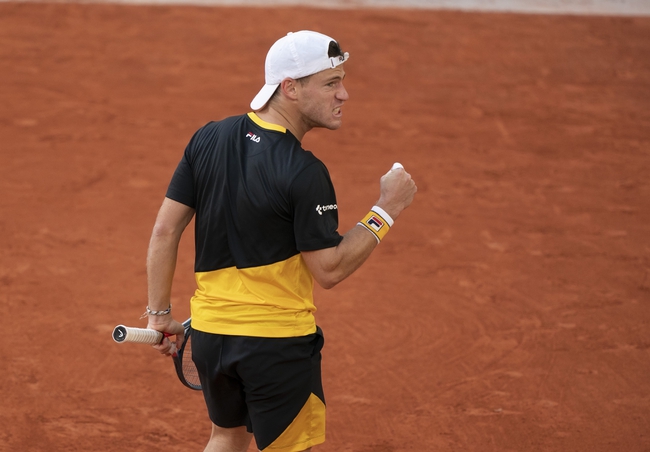 The rematch of the 2020 Rome Masters Final is here in London at the 2020 ATP Finals as Novak Djokovic meets Diego Schwartzman in a round robin match on Monday, November 16th 2020. Will Schwartzman finally get his first victory over Novak Djokovic or will he have to wait another time?

Diego Schwartzman qualified for the ATP Finals just over one week ago at the 2020 Paris Masters when he reached the quarterfinals. Schwartzman played incredibly well since the start of the clay court season and he has well and truly earned his spot here at the ATP Finals in London. However, Schwartzman is not the best player on indoor hard courts and he showed us that in his defeat to Daniil Medvedev in Paris, losing to the Russian in straight sets really easily. With a tough group, Schwartzman is going to have to pray he gets some luck on his side if he is going to get a win here.

Novak Djokovic is looking to bounce back after that shocking upset losing to Lorenzo Sonego 3 weeks ago at the Vienna Open. Sonego beat Djokovic in straight sets, but Djokovic blames the loss to the fact that he had secured the year-end world No.1 title in the match prior and had shifted his focus to London. Djokovic knows how to raise his level when people do not back him and I am sure he will do the same here in London. Djokovic will want to come out here and prove to everyone that he is the title favourite this year.

This is going to be the 6th meeting between both players, with Djokovic leading the head to head 5-0. They met two months ago at the Rome Masters final where Djokovic won in straight sets. That was on clay, a surface where Schwartzman thrives on, now we are on indoor hard courts, a surface known for Djokovic to dominate. Schwartzman will have to hope for a miracle here if he is to win as his serve and his movement are not the best on these courts, compared to Djokovic who is in his element here. I expect Djokovic to win in straight sets.